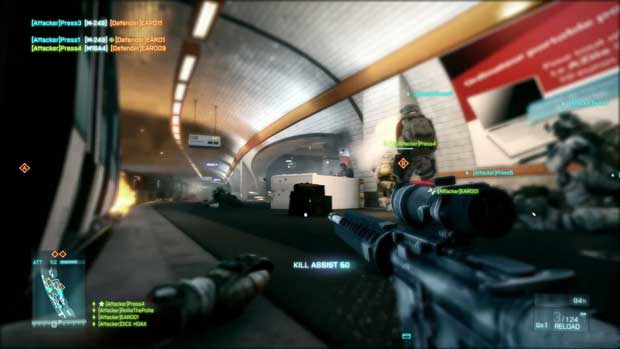 Battlefield 3 has been out and about for a couple of weeks, and once again DICE has proven that it does multiplayer shooters like nobody else.  With the release of Call of Duty: Modern Warfare 3 just around the corner, DICE says that its confident in the multiplayer of Battlefield 3, and that gamers will recognize the “industry leading” quality that their game has in that department.

While DICE’s Patrick Soderlund said that “we all respect what Call of Duty brings and what they’re going to come with”, “not a single one (review) that I’ve seen has been negative towards the multiplayer… In fact, many state that the multiplayer is the multiplayer experience to have, the best in the world.”

Battlefield 3 which launched on October 25th to the biggest launch in EA’s history, and the multiplayer component of the game has been lauded by game critics everywhere.  With their launch occurring pre-MW3, it will be interesting to see if players stick with Battlefield 3, jump ship to MW3, or the best option:  Make time for both.