DOTA 2 will be Free-to-Play 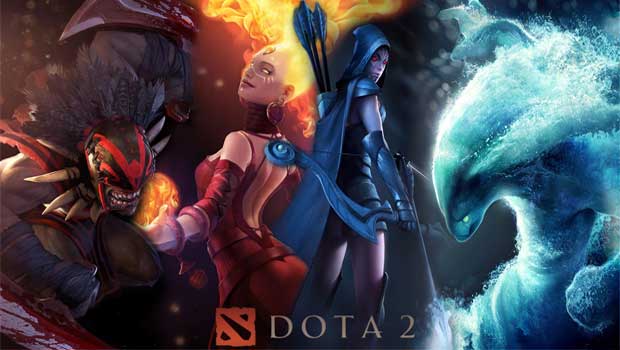 You remember that little game Valve’s been working on? No the other one. The one that isn’t Counter Strike: Global Offensive. That’s right, DOTA 2! The online RTS/RPG multiplayer game that’s been one of the developer’s bigger games that they are known to be working on at the moment is going the Team Fortress 2 route and is going free to play. More like free to play with “some twists.” In a recent podcast interview with Seven Day Cooldown, Gabe Newell spilled the beans about how DOTA 2 will be sold and had an interesting perspective on how he’d like the system to work:

“The issue that we’re struggling with quite a bit is something I’ve kind of talked about before, which is how do you properly value people’s contributions to a community?

“It’s just a question of coming up with mechanisms that recognize and reward people who are doing things that are valuable to other groups of people.”

For instance, players who are “useful guides or those who volunteer their time to train others” will be rewarded in some way in DOTA 2 and possibly in other games as well.

“When you start thinking about the different games that people play and you try to think about how people can create value or a service in one game and benefit somebody in a different game, you can start to see how the different games sort knit together … [You can see] how somebody who really likes Team Fortress 2 (TF2) can still be creating value for somebody who is playing DOTA 2 or Skyrim, or if somebody is a creator in one space how it can translate into another.

“In a sense, think of individual games as instance dungeons of a larger experience, if that makes sense as a concept.”

Newell did not specify how exactly players would be rewarded or how the game(s) would identify said good behavior. However, Newell wants to make it clear that Steam will NOT be turning into a social networking site in the traditional sense. In other words, just because your benefits in one game may transfer over into others and help your friends in the process, doesn’t mean you can poke your friends while they are playing Left 4 Dead.

“It really is more a legacy of John Carmack’s way of thinking about things than it is social networking … It’s just that now we have the horsepower and the experience in the gaming community to try and figure out how all these experiences get knit together in a way that’s valuable.”

Well, there you have it. Not only can you play DOTA 2 for free, but it might end up benefiting you across your Steam library! Now I feel obligated to play the beta even more. Speaking of, DOTA 2 is currently in closed beta and is due to release on PC and Mac sometime (hopefully) in 2012. Be sure to listen to the full interview on Seven Day Cooldown. Who knows what more juicy details are in that podcast?