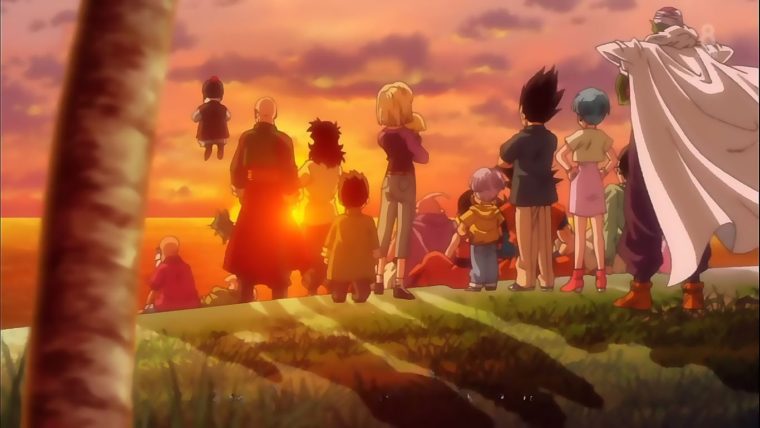 Future episode titles for Dragon Ball Super have been revealed giving us a glimpse of the near future.

Facebook user, Gojiitaaf, has gotten a hold of some recent Japanese magazines that show the titles for the upcoming episodes. It looks like we may be on the road to the end of Battle of Gods very soon and onto the start of Resurrection F content.

We already know episode 10 is called “Show me Goku! Super Saiyan God of Power“. This was previewed to us during last week’s episode. Goku squares off with Beerus in his new form later this week.

Episode 11 is called “Continuing Lord Beerus! The Battle of the Gods“. This airs on September 20th and it sounds like Goku and Beerus are continuing their epic fight.

Episode 12 is “The Universe Collapses? Clash! The God of Destruction vs Super Saiyan God“. We will be able to watch this on September 27th. This episode could be the end of the fight between the two powerful fighters.

Episode 13 of Dragon Ball Super is titled “Goku! Surpasses Super Saiyan God!“. This sounds very interesting and might be an indication that Resurrection F content is drawing near. This episode airs on October 4th. Will we see the blue haired Goku for the first time in the series?