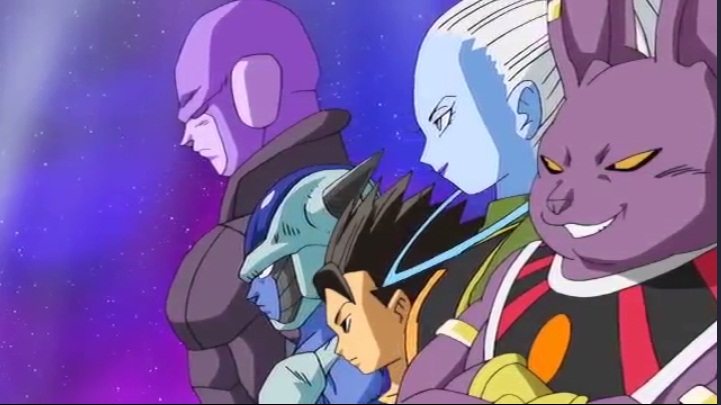 If you are looking for our review of Dragon Ball Super episode 35, you have to wait as the TV series took a break this week. However, the titles and plot summaries for upcoming episodes have now been revealed.

Bear in mind, the titles of the episodes reveal huge spoilers for the results of the multiverse tournament. Read at your own discretion if you want to watch it all unfold for yourself.

Anyway Gojitaaf reported on the plot summaries that were revealed recently in Newtype Magazine. The multiverse universe will be continuing with new fights for us to witness.

Firstly, there is episode 35 of Dragon Ball Super. This episode will air on March 20th, 2016. The name of the episode is called “Turn Anger Into Power! Vegeta’s All-Out Battle“.  The plot summary is: “In the tournament between Universe 6 and 7, Frost, from Universe 6, who defeated both Son Goku and Piccolo was confirmed to have stealthily used a poison needle and was disqualified. But, an angry Vegeta says Frost doesn’t need to be disqualified since he’ll defeat him“.

Episode 26 airs on March 27th, 2016 and it is called “An Unexpectedly Tricky Opponent!? Vegeta’s Explosion of Rage!“. The plot is: “Vegeta defeated Frost with one merciless attack. But, a new rule was established for the remaining matches. From now on, as soon as one touches the barrier, even in midair, it will be an “out-of-bounds loss”. The next opponent of Vegeta is Magetta, the Metalman. With a sturdy body and diverse attacks, he gets Vegeta cornered...”

Finally there is episode 37 which will be shown on April 3rd, 2016. There is no proper title revealed, but it will be Vegeta vs Cabba. The plot summary is: “Vegeta’s next opponent is the Saiyan from Universe 6, Cabba. Cabba shows he fights evenly with Vegeta even in his base form, but says he can’t transform into a Super Saiyan.”

As always, we will be reviewing all of the upcoming episodes so check back with us next week for more Dragon Ball Super coverage.