The latest news in the world of video games at Attack of the Fanboy
June 17th, 2017 by Jose Belmonte 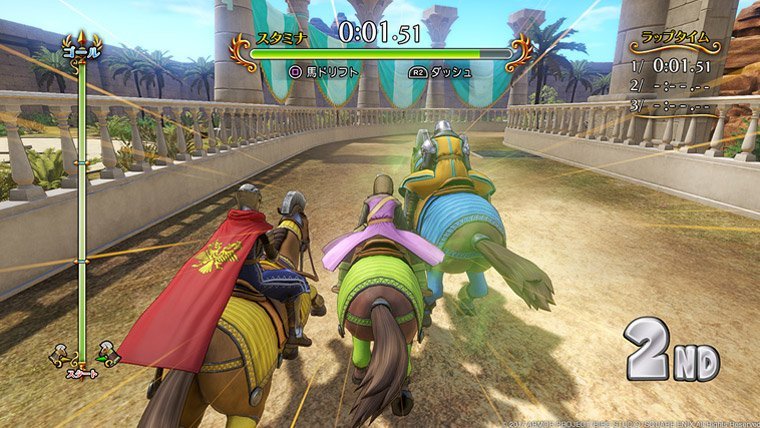 Dragon Quest series creator Yuji Horii has announced today at an event in Nagoya, Japan, that the latest chapter in the series has gone gold in its 3DS and PS4 versions. That means that Dragon Quest XI: In Search of Departed Time is at this point playable from start to finish, and is ready to be mass produced for its release in July. The event also presented new gameplay in which Horii showed different gameplay mechanics.

For example, from the 3DS version was shown the Mysterious Smithing system, which is used to create new equipments through recipes and different items obtained through the adventure, and the Skill Panel, where players spend skill points to get new abilities. From the PS4 version the video focused on the horse races and casino features.

Also, it was revealed that the Restricted Mode, consisting on playing the adventure with certain limitation, would consist on not being able to shop, run from battles, or to equip any armor. Which is a true challenge only achievable for the most hardcore gamers.

During E3 Sony confirmed the Western release of the PS4 version in one of their briefings, when they mentioned the title as one of the console’s upcoming releases. There are no news about the launch of the 3DS version outside of Japan, although Nintendo is probably involved in that considering the most recent releases.

Dragon Quest XI: In Search of Departed Time will release for 3DS and PS4 on July 29 in Japan. A Nintendo Switch version has been confirmed, but doesn’t have a release date yet. Watch the new gameplay footage below.