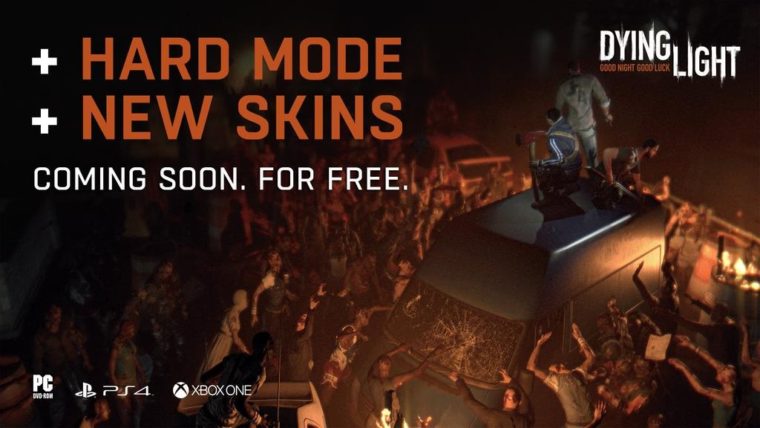 Dying Light players have been quite vocal about their desire for increased difficulty — the community has already made a Super Aggressive Zombies Mod — and it looks like Techland has been listening. Coming at some point in the near future, Dying Light will receive a free update that will add Hard Mode and extra player skins.

The news first broke on the game’s official Twitter, where the above image appeared. The update will drop around the beginning of March, although a closer date is likely. It all depends on how brutal Techland wishes to make the mode. From the sounds of it, Kyle Crane is going to need to be in tip-top shape. More vicious zombies, deadlier nighttime encounters and fewer resources are just the beginning for what’s in store for the free running zombie killer.

Another positive to pull from the tweet is that it was stated this is the “first of many additions to come” for Dying Light. Given that most of the Season Pass’ contents could have been obtained by pre-ordering with the right retailer, it’s reassuring to see the team dedicating themselves to providing more (hopefully free) add-ons.

We’ll be sure to let you know when the developer has nailed down a solid date for Hard Mode. So check back regularly.