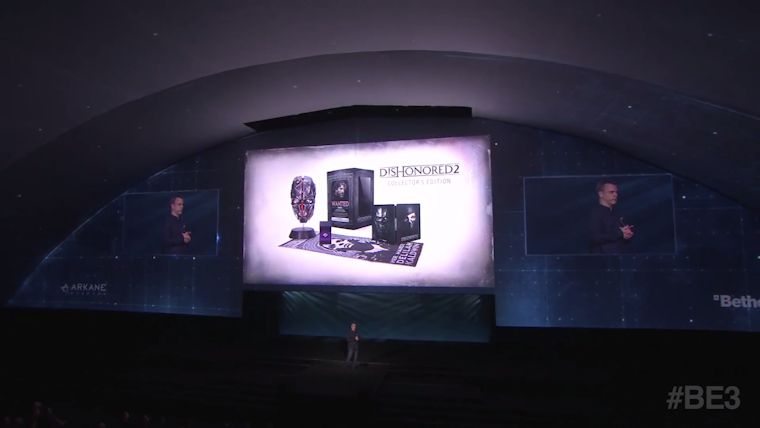 Dishonored 2 got the final spot in Bethesda’s E3 2016 conference and with that came a lot of focus on the game, including gameplay. However, at the conclusion of that, we learned that the game will be getting a Collector’s Edition.

The Dishonored 2 Collector’s Edition will at least include a replica of Corvo’s mask and Emily’s ring, though what else is included we don’t know yet. Supplies are very limited.

As they even mentioned during the presentation, based on last year’s Fallout 4 Pip-Boy edition selling so quickly, you may want to snag this as soon as it goes up.

Last year, the Fallout 4 Pip-Boy Edition went up pretty soon after the conference, so stay tuned tonight in case it does in fact go up before the night is up, when we will learn will details of what is included.