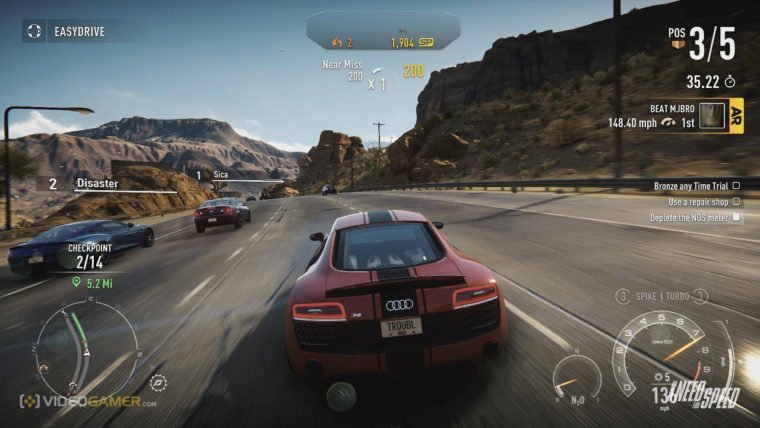 Electronic Arts has revealed new details for what their subscription service EA Access will bring gamers in September. We get the very first addition to the EA Access Vault with Need for Speed Rivals, which joins Battlefield 4, FIFA 14, Peggle 2, and Madden NFL 25 as one of the games you can download and play for free as a member.

Need for Speed Rivals will join Battlefield 4, FIFA 14, Peggle 2, and Madden NFL 25 in The Vault

Along with the free games come early and exclusive demos of upcoming EA titles, with two big ones coming in September. NHL 15 and FIFA 15 will both have EA Access exclusive trials available with every member receiving six free in-game hours. These demos will become available five days before release, giving EA Access members a first-look at the games. NHL 15 hits first, becoming available this Thursday, while FIFA 15 releasing later this month. And if you decide to buy the game after your trial all of your progress, including achievements will carry over into the final game.

Along with this came the news that EA Access would be expanding out of the United States to 19 additional locations. The full list of countries that will be able to subscribe to EA Access starting in September is: Brazil, Sweden, Norway, Finland, Denmark, Netherlands, Belgium, Switzerland, Chile, Colombia, Portugal, Turkey, South Africa, UAE, Czech Republic, Poland, Hungary, Slovakia, and Greece.”

In case you didn’t know already EA Access is a subscription service which costs $4.99 a month or $29.99 a year. It is exclusive to Xbox One, but has recently been opened to all Xbox One owners.