EA Access Now Open to All Xbox One Owners 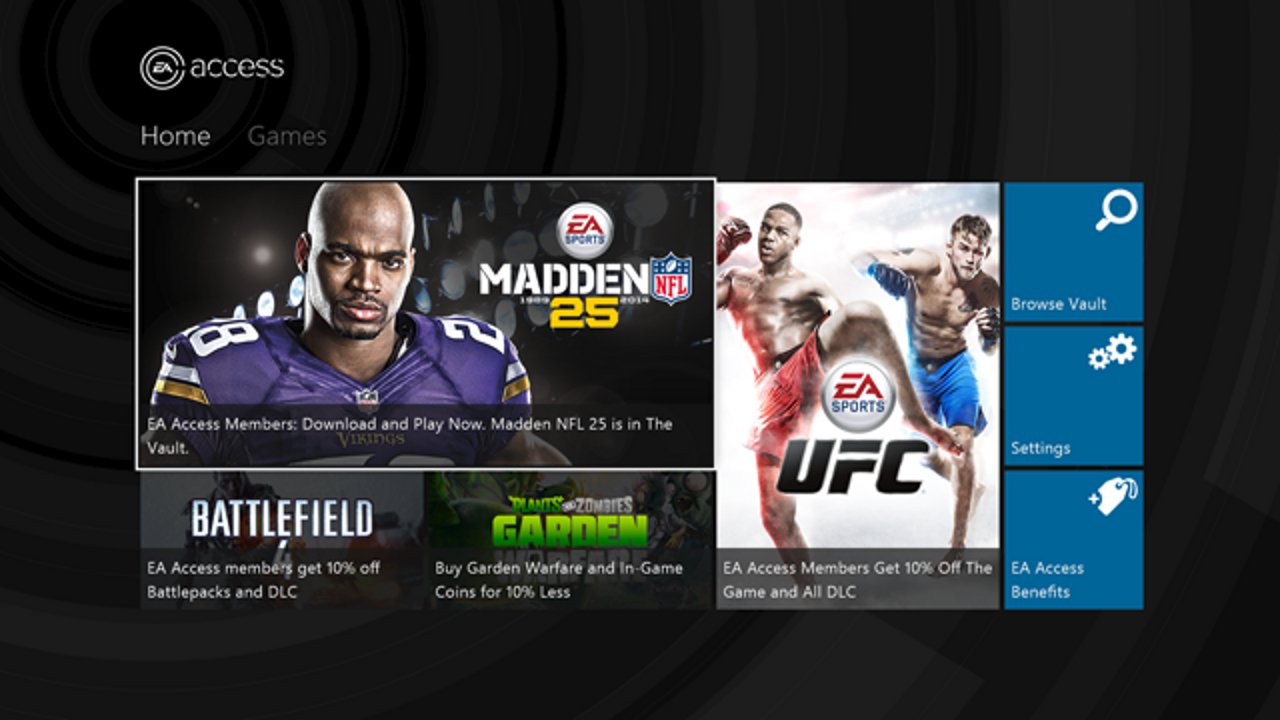 Previously only available to a few test users as part of its beta program, EA Access has become open to all Xbox One owners as of this morning. To subscribe you simply need to purchase either a monthly or yearly subscription via the Xbox One Game Store. The service is a subscription that costs $4.99 a month, or $29.99 a year. With it you gain access to The Vault, a selection of EA games that you can play for free as long as you remain a member, a 10% discount on all EA digital titles, and exclusive early demos to upcoming EA games.

The Vault currently contains four games, Madden NFL 25, FIFA 14, Battlefield 4, and Peggle 2. Members are able to download and play these titles just as if they owned the game outright. Every feature of the game is available just like normal, and you can play them as much as you want as long as you do not allow your subscription to expire. Unlike Sony’s Playstation Plus Instant Game Collection and Microsoft’s Games with Gold, the free titles on offer will not be rotated out. The current plan, according to EA COO Peter Moore, is for the titles to remain available permanently.

Members also receive a 10% discount on any EA game purchased digitally through the Xbox One Store. Even pre-orders receive the discount. Along with the discount comes exclusive early demos for upcoming EA games. Currently planned demos for EA Access members are Madden NFL 15, NHL 15, FIFA 15, NBA LIVE 15 and Dragon Age: Inquisition. This caused a bit of controversy today when it was revealed that, for the first time in ten years, Madden NFL 15 would not allow the public to test the game before release. Only EA Access members would get to play the demo early.

EA Access is available exclusively on Xbox One since Sony decided to not offer the service on their competing PS4 platform. A Sony representative said that they felt the service “does not bring the kind of value PlayStation customers have come to expect”. Only time will tell if gamers agree or disagree with this sentiment. Now that EA Access is open to anyone with an Xbox One we should get a better idea for how the community feels about it.