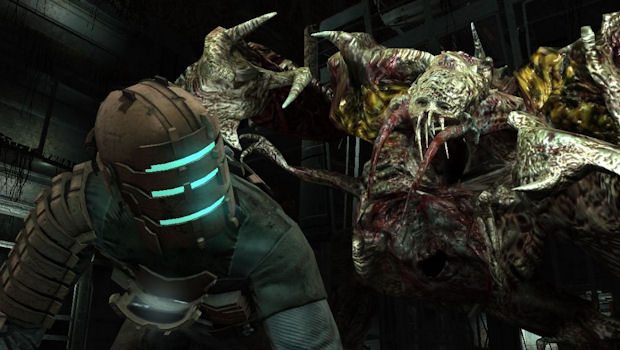 Apparently, mothers are not the only people frightened and downright shocked at the level of detail and horror elements of Dead Space (see here for the brilliant marketing campaign of Dead Space 2). Speaking to MCV, EA Games’ marketing executive Laura Miele said that the publisher conducted research and found that the two predecessors to Dead Space 3 were “pretty scary” to play solo, and a main reason as to why co-op was included in the latest installment.

“We were doing research coming out of Dead Space 1 and 2 and we’re really proud of those products,” said Miele. “We received feedback to understand how we can take the game out to even more consumers. We were hearing feedback that they love the thriller game, but it was pretty scary, and the obvious next step was that they wanted to play with someone. So we introduced co-op into the game.”

Following EA’s big reveal of Dead Space 3 at E3, long-time fans of the series expressed their concern that the publisher had taken the game in an opposite direction, focusing on action gameplay rather than the customary horror thrills and eerie environment that characterized the first two games.

Miele ensured fans that the decision to include co-op for Dead Space 3 will not compromise the sheer terror that embodies the Dead Space franchise, and went on to compare how some would choose to go to a horror film with another person rather than sitting and watching by themselves.

“The horror of Dead Space is still all there,” she said. “It’s still true to its roots and no less scary, but people felt far more comfortable playing it with someone else than they did doing it on their own…Personally, I would rather go to a scary movie with my husband rather than sit at home with the lights out watching one on my own. We’re looking for that to reach out to consumers that perhaps were not open to Dead Space 1 and 2.”

Set to release February 2013, Dead Space 3 will follow Issac Clarke and John Carver after they crash-land on a frozen planet called Tau Volantis, where the two hope to find the key to ending the Necromorphs once and for all. Check out the E3 2012 co-op demo for Dead Space 3 below and decide for yourself if the game has changed for the better.