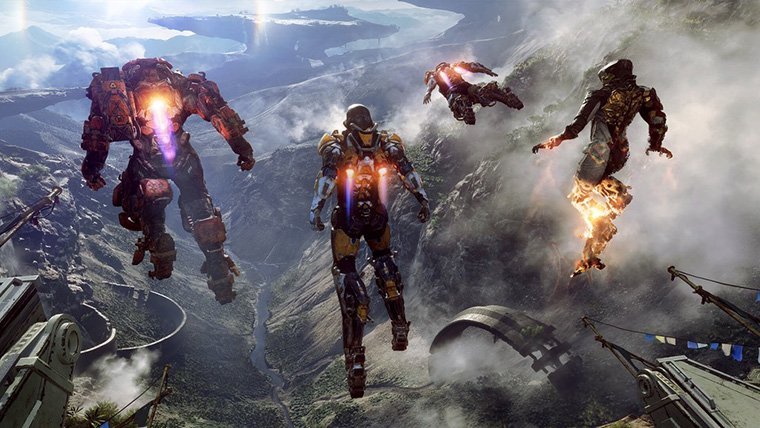 Today EA Play 2017, EA’s annual event for E3, took place in Los Angeles. The company showcased a number of titles and had some surprises up there sleeves. People predicted that the company would showcase new games but no one expected BioWare to reveal a compelling new franchise. Below you’ll find all of the announcements from the conference in the order they were revealed. EA Play started off slow but definitely ended with a bang.

This year, the latest entry in the Madden franchise will have a story mode which looks rather deep. Madden NFL 18: Long Shot focuses on a player’s rise to greatness. Hopefully the developer can deliver what they’re promising.

EA announced that there are over 20 million Battlefield 1 players on all platforms. DICE also promised new content in the coming months. However, you’ll have to wait until September for major changes.

EA revealed a brand new trailer for FIFA 18. The title is still using the Frostbite engine and feature even better graphics. The campaign continues the story of FIFA 17’s protagonist so consider it a true sequel.

Need for Speed Payback is EA’s answer to The Fast and the Furious. The developer revealed gameplay from the hotly-anticipated title and all I can say it that it has a lot of action.

The developers of Brothers: A Tale of Two Sons, the incredibly touching twin-stick adventure game, are back with another experience. A Way Out is basically Prison Break: The Game. The title is out in 2018 on PlayStation 4 and Xbox One.

SEED is a division at EA which is always looking for new gaming concepts. They’re focusing on AI at the moment and maybe we’ll see their enhancements in future games.

EA praised Project Scorpio and discussed how it can render true 4K visuals. Patrick Soderlund used Madden NFL 18 as an example to highlight how everything will look sharper and more realistic. While it’s unclear if the game runs at native 4K, Soderlund definitely made it sound like it did. More information about the console and Madden NFL 18’s visuals will be revealed at Microsoft’s press conference tomorrow.

Anthem is BioWare’s new game which is coming to Xbox One and Project Scorpio. Just like Madden NFL 18, we should know more about the experience at Microsoft’s E3 press conference tomorrow. From what we know, Microsoft has marking rights, however, they might just be announcing the game. According to the teaser, it might also run at native 4K on Project Scorpio but we’ll have to wait until Sunday for official confirmation.

Let’s face it, the NBA Live series hasn’t exactly set the world on fire. Despite that, NBA Live 18 was announced. It looks like EA wants to challenge 2K Games again. Here’s hoping it at least gives them some competition because NBA Live 16 was an absolute disaster.

EA Access is going free for a week to celebrate EA Play 2017. Xbox One owners can receive the discouts and play all the free titles available in The Vault. Games like Dragon Age: Inquisition and Star Wars: Battlefront are a lot of fun so if you aren’t an EA Access subscriber and want to try out the service, now’s your chance!

EA revealed a lot of gameplay footage from Star Wars: Battlefront II. We’re talking around 30 minutes of it. It seems as though they ran out of announcements so they let a group of people play the game for the remaining time. It’s mostly the same footage which leaked this morning.

Overall, EA Play 2017 was a good event even though it wasn’t what fans were hoping for. Many were expecting the company to at least tease the upcoming Star Wars game from Visceral but that didn’t happen. Hopefully Microsoft will reveal some compelling footage from Anthem which blows us away. Until then, many will remain disappointed.