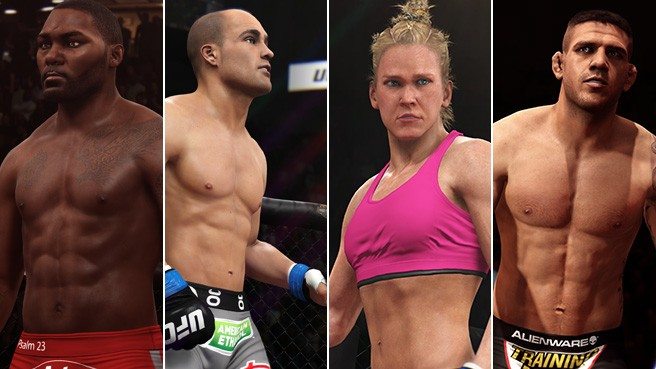 EA Sports UFC owners can now download the latest update that will include the final batch of fighters released for the game.

EA Sports UFC has been very kind as owners of the game has received several new fighters for no extra cost. Other games usually make you have to pay for extra DLC and content.

Previous updates to EA Sports UFC added more recognizable new names to the game. The two biggest fighters added as free DLC were Brock Lesnar and Quinton Jackson. Jackson recently came back to the UFC so he was a nice addition to the roster. Lesnar is still in the WWE, yet was able to be put in the game. He’s the only guy in both EA Sports UFC and WWE 2K15 .