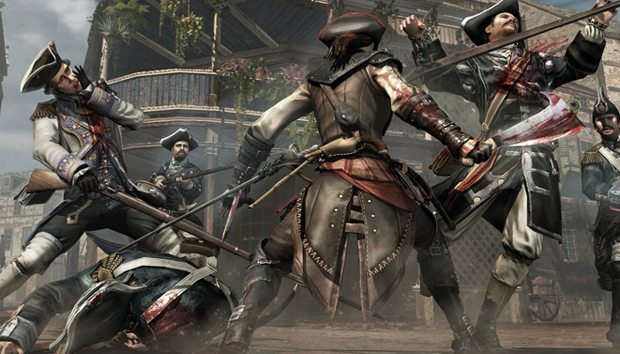 The PlayStation Vita got off to a rocky start in Japan and worldwide.  One of the big factors in-play was, and is, the price of the handheld.  According to Ubisoft, it might be too early to count the PS Vita as out for the count.  Having been available for only a few short months outside of Japan, the Vita’s better days may be ahead of the handheld.

In a recent interview with IGN, Ubisoft’s Tony Key explained why Ubisoft is extremely interested in developing for the platform.  “We’ve always liked it… it’s a beautiful piece of hardware,” said Key.  “It’s got cool features that you can’t get anywhere else… It’s definitely too early to say that Vita’s not going to be a success.”

This could have something to do with one of Ubisoft’s key franchises coming to the Vita later this year.  “Assassin’s Creed, we believe, is the right type of game for that system.  Assassin’s Creed III isn’t the only big Vita game coming this holiday, and I think that’s a good thing.  We’re actually very happy that there’s another big Vita game coming for Christmas from a competitor because we think that will raise all boats.  It’s going to generate a lot of interest in the Vita this holiday season.”

One major gripe of PS Vita players following the hardware launch was the lack of great titles to play on the system.  Sure, the Vita came out of the gates strong with titles like Uncharted 3, but mass market titles like Call of Duty and Assassin’s Creed could do for the console in the U.S. and Europe, what a Monster Hunter title could do for the handheld in Japan.