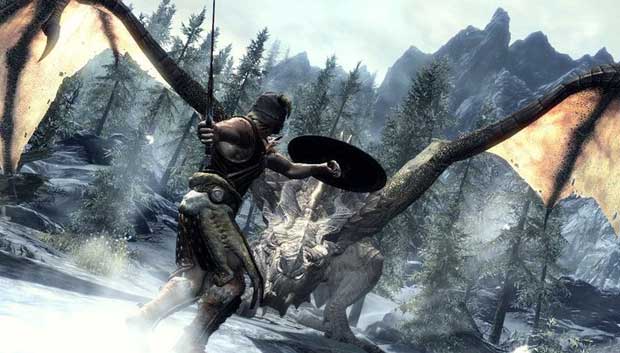 We all know that The Elder Scrolls V: Skyrim has the greatest Dragon Engagement, but a recent research study concludes that the game has the best “Franchise Engagement” according to Ipsos. The US Franchise Engagement charts measure things like “Awareness to Purchase Intent” that measures how well known the title is, and how many people intend to purchase the game. So according to the recent data, they think Skyrim is growing quite well and should do great when it launches next week.

Research notes explain: “While the sales ceiling for Elder Scrolls may be lower than powerhouse franchises such as Call of Duty and Madden, it has an avid and growing fanbase and a bright future. Assuming Skyrim recieves the critical acclaim that many in the industry are predicting, loyal fans will continue to evangelize the franchise to friends and family. This bottom up approach takes time to develop, but clearly Bethesda had developed a rock solid foundation and has identified a winning formula for a successful and healthy video game franchise.”

Or more plainly put…It’s always been good but this time IT HAZ DE DRAGONZ!