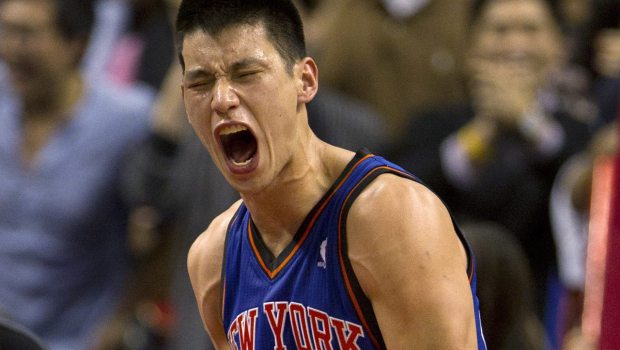 Rather than trying to creatively come up with a clever Jeremy Lin meme that has inevitably been thought up already, I’ll state the incredibly obvious: Lin’s story is unbelievable.

The Harvard grad has had an unprecedented stats sheet this past week on his way to becoming an  international sensation overnight. He has utterly captivated the world by going from the end of the New York Knicks’ bench to the sole record holder of most points by an NBA player in his first five starts. If that weren’t enough, the Knicks are now back at .500, winning 8 of their past 9 games after having an abysmal 8-15 start. If you approached a Hollywood producer with such a script, you would be laughed at for writing a story out of the realm of possibility.

Now, even the gaming industry is not invulnerable to Linsanity. NBA 2K12 features a very convenient feature for acclimating team rosters as the season rolls on called “Living Roster”, accounting  for team/player hot streaks as well as skids. Jeremy Lin’s rapid rise to prominence is a tad more difficult to deal with however. How do you go about re-rating a player with an initial overall rating of 56 after Lin’s extraordinary run? 2K Sports’ answer is to release more updates than their normal weekly renewal.

After raising Lin’s overall to 69, 2K released a second update specifically to re-rate Lin to 75 before today’s bout against the defending-champion Dallas Mavericks, a game the Knicks won 104-97. Lin continued his remarkable story, leading the Knicks with 28 points and 14 assists. None more important than his steal and dunk at the end of the third quarter, putting the Knicks within one possession, as well as his pull-up three right in the grill of NBA Finals MVP Dirk Nowitzki which extended the Knicks’ lead to nine late in the fourth.

Following Lin’s game winner against Toronto, 2K Sports community manager Ronnie Singh Tweeted that he had bought into the hype and expects Lin’s overall rating to eventually reach as high as the 80s.

“Mind you, I think Linsanity is legit and will make it to the 80s before the end of the year. After last night, he’s up for another bump,” @Ronnie2K confirmed via Twitter.

Judging by Lin’s performance today and a favorable match up against a weak New Jersey Nets team at MSG on Monday, Lin’s rating will only go up even further. “I feel like I’m in a dream right now,” Lin said following his 38 point performance against the Lakers. I have a feeling Lin won’t want to wake up from this one for a while. Judging by his play as of late, he may never have to.