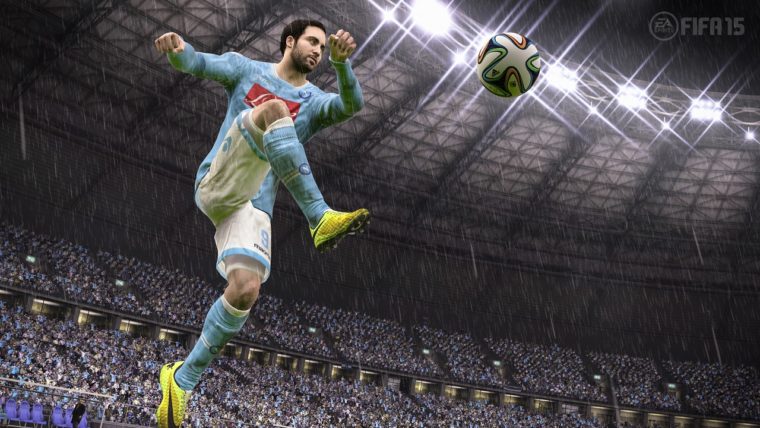 As we are in the middle of the very popular and competitive World Cup in Brazil, EA Sports thought it would be a good time to release some new information about the upcoming FIFA 15, the next entry in the long running soccer franchise. Featuring the best gameplay and overall physics year after year, FIFA continues to impress.

We saw the jump to the PlayStation 4 and Xbox One last year after an initial release on last-gen consoles awhile before. As a result, this is really the year everyone is looking forward to as a way to find out what they are truly capable of on these new consoles, especially with the use of the Ignite engine, as we recently saw in EA Sports UFC.

In a brand new video released by EA Sports the level of detail in the game is put on show, with a view at how the players look even more authentic than ever, which is helped by their new lighting system. With new character models and body rigging, this is going to be the best looking soccer game by far that we’ve ever seen, if not one of the best looking sports games in general. We are even seeing the addition of flowing hair and the ability to actually see players breathing through their chest’s movement.

Keeping up with the realism, player’s jerseys will actually get dirty from the field while cleats and such will leave marks in the field, like it should. FIFA 15’s senior producer Nick Channon even teases that there are many other innovative additions to the game that aren’t graphical.

You can check out the video for yourself below that shows off what you can expect when FIFA 15 launches later this year, specifically the PlayStation 4 and Xbox 360 versions.