The latest news in the world of video games at Attack of the Fanboy
February 27th, 2018 by Jelani James 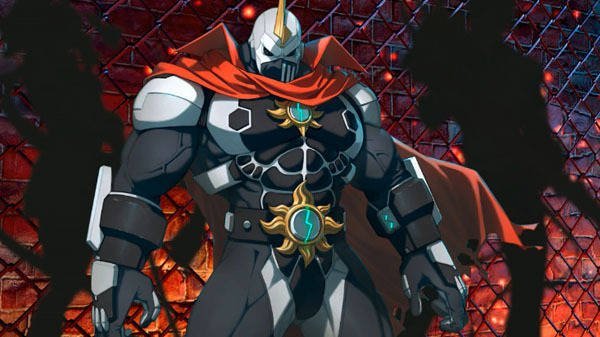 There hasn’t been much information in regards to Arika’s Fighting EX Layer since the beta concluded in December. However, things have taken a turn for the better in the past few days: not only was there a live stream over the weekend which gave us a release window for the upcoming fighting game, but we now have two new gameplay trailers showing off three more characters in action.

The characters in question are Blair, Jack and Shadowgeist. Both Blair and Jack have been known to the public for quite some time now, but this is the first time we’ve gotten a genuine gameplay trailer for either of them. Shadowgeist, on the other hand, was revealed on Sunday during the aforementioned live stream.

Like the rest of the cast, each of these characters made their debut in the Street Fighter EX series — though many of them have been heavily redesigned and had their name changed somewhat (Blair was originally known as Blair Dame and Jack was referred to as Cracker Jack, for example).

Here is a description for each of the three characters, via Arika:

Blair – Born into an affluent family, Blaire fought with a sense of refinement and grace. However, she began to develop an interest in the disappearance of her former bodyguard, Jack. Hearing that he left for America, she has no choice to but to go search for him on her own. Employing the aid of a well known detective, Blaire heads to America.

Jack – In order to protect his Boss’ honor, Jack silently withdrew from the Organization, left for America, and is currently in hiding on a ranch. After learning that Volcano Rosso, his junior from the Organization, was searching for him, Jack began to suspect that they had put out a hit on him and prepared for the worst.

Shadowgeist – With information that his daughter is alive, Shadowgeist heads to America. In exchange for his daughter’s safety, he agrees to help the Secret Service to eradicate an unknown outbreak of Minus Energy.

Fighting EX Layer is due out for the PlayStation 4 before the end of June 2018; a PC version is also being considered.

Check out the trailers below: