The latest news in the world of video games at Attack of the Fanboy
September 14th, 2012 by William Schwartz 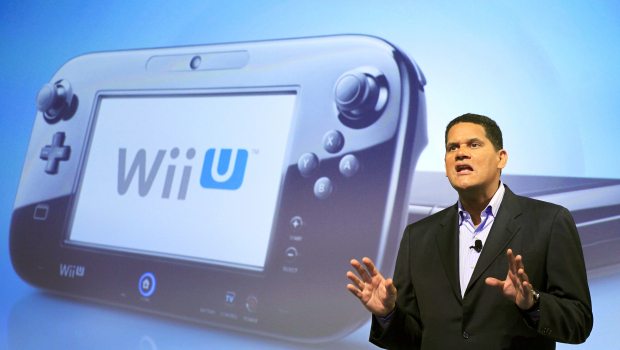 With the Wii U finally being priced and dated, Nintendo can now focus their efforts on persuading public perception regarding the console and directly address the prolonging questions that surround it. In a recent interview with  GamesIndustry, Nintendo of America CEO Reggie Fils-Aime discussed among other things, Nintendo’s marketing strategy to make the Wii U profitable and the difficulties and advantages of being the first out of the gate for the next-gen race. Fils-Aime also responded to the question of whether or not Nintendo’s marquee franchises have overstayed their welcome or in the very least, oversaturated the market.

Speaking of the Mario franchise in particular, Fils-Aime stated:

“I would say categorically, no. And that’s because our developers, starting with Mr. Miyamoto and going through the entire EAD development organization, they understand the power of our franchises, and they understand that the only reason these franchises have the power that they do is that they have to make sure that each subsequent edition is unique, different and offers something new. They know that if they don’t do that, we’ll kill the golden goose that lays the golden egg. So it’s something they are highly cognizant of, and even the executives on the business side, we hold that IP very dearly to make sure that every edition in the series is foundationally sound.”

Prior in the interview, Fils-Aime addressed the doubt that the Wii U may be overpriced at its $299 mark. Referring to both the hardware and software included in the Wii U box, Fils-Aime believes consumers will realize how much of a value they’re receiving.

“The way that we approach consumer value is we want to make sure we give the consumer a lot for what they pay, and when you look at that basic model you get the innovation in the GamePad (and all of the gaming options that presents), you get Miiverse in terms of a gaming community, you get Nintendo TVii, you get video chat…all of that is included in the base proposition,” he said. “We think $299 is a really strong value, and it’s a value that’s going to be strong for a long time.”

He continued by subtly hinting that consumers who are expecting a situation like that of the 3DS in which a system price drop will follow soon after launch, shouldn’t hold their breath waiting for it. “That gets into another one of our pricing philosophies; we don’t believe in pricing a product and then having to reduce the price some short time later,” he said. “When we had to do that for 3DS, it was a very painful proposition for us. And what we did with the Wii at $249 and leaving it there for, I think, about three and a half years is very much consistent with our pricing philosophy.”

Elsewhere in the article, Fils-Aime explains some of the motivations behind including a more specialized launch title this time around in NintendoLand, rather than the more causal experience of the record-shattering Wii Sports that was included with the original Wii.

“We chose to include NintendoLand because in our view it’s the most complete representation of all the different ways you can utilize the GamePad,” he said. “Whether you’re using it to throw ninja stars or using it as you fly a Metroid ship, the experiences really highlight all the different ways to utilize the GamePad. That’s why we think it’s the best title to pack in.”