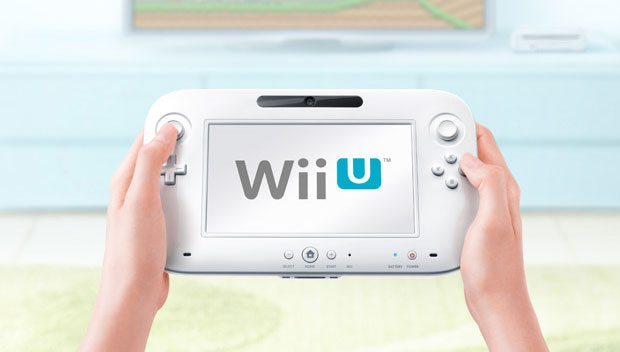 Over 15 months after Nintendo unveiled the Wii U at the company’s E3 2011 press conference, the first of the eighth generation of gaming consoles has finally been priced and dated. The Wii U, which Nintendo hopes will alleviate their commercial issues and will grant them stability for the foreseeable future, will launch in two months on November 18 in North America and will arrive in Europe on November 30, with a Japanese launch arriving on December 8.

The long-awaited announcement came earlier this morning at a Nintendo media presentation in New York.  An 8GB core model will launch at $299 and will come in white, while a 32GB “deluxe version” will release in black for $350. Though Nintendo has stated in past months that the Wii U will be able to support two GamePads simultaneously, GamePads will not be sold separately at launch.

The core Wii U model will come with a GamePad, AC adapter, HDMI cable, and a sensor bar. For $50 more, the deluxe version will include all of that plus additional memory, a cradle stand for the console, stands for the GamePad, and a copy of NintendoLand. The deluxe also includes membership in the “Deluxe Digital Promotion,” which rewards points for digital purchases that can later be used in the eShop.

Not adjusted for inflation, the Wii U stacks up very closely with the Xbox 360 and PS3 in terms of launch prices of their most recent consoles. Launched in November of 2005, the 360’s Core model was sold for $299 while the Premium version cost $399. Meanwhile, the PS3 launched a year later in November of 2006, asking $499 for the 20GB version and $599 for the 60GB. Gaming’s hardware publishers like the month of November, clearly.

As of now, the only confirmed titles to release in conjunction with the Wii U launch are NintendoLand and Super Mario Bros. Wii U. Nintendo announced at today’s media event that Wii U games will be priced new at $59.99 in correlation with the prices of games appearing on the PS3 and Xbox 360. Games on the Wii U will mark a $10 increase from those of the Wii which were sold for $49.99.

Later in the presentation, Nintendo also revealed its new TVii service available immediately on all Wii U consoles. The application will allow gamers to “find, watch, and engage” with TV, movies, and sports while popular streaming services like Netflix, Hulu, Amazon Video, and TiVo will all be supported. The app can be personalized to each member of the household with a separate set of recommendations and favorites for each profile. The service will also utilize the Miiverse, the social hub for Wii U owners, and will allow you to connect with friends through comments and other social networking-inspired features.

All from the comfort of your GamePad, you can select favorite shows and schedule a TiVo recording, check out the latest sports scores, watch highlights, and view live coverage of games. Nintendo is implementing  this service at no charge or monthly fee.