The latest news in the world of video games at Attack of the Fanboy
March 14th, 2017 by Jose Belmonte 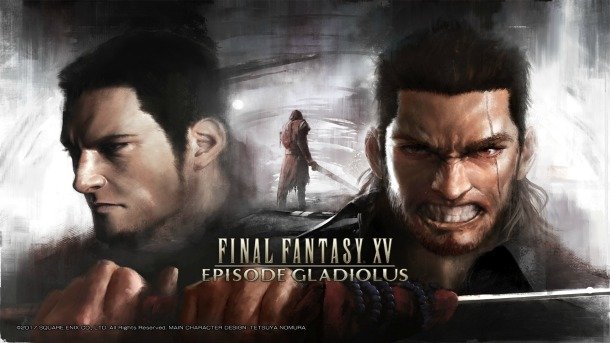 Final Fantasy XV producer Haruyoshi Sawatari assisted PAX East to discuss the latest details about the upcoming Episode Gladiolus and patches, revealing more information about the changes to the infamous chapter 13, that will be implemented with the next patch of the game that will be available for free at the end of the month.

Starting with Episode Gladiolus, the new trailer presented at the event presented more story and gameplay details. Prince Noctis’ guardian is set to engage on a journey on his own to fight a recurrent figure in the Final Fantasy series, he will make use of new abilities like taking pillars and hitting enemies with them, or performing brutal counterattacks.

Sawatari says that the episode is meant to be representative of Gladiolus, which is why the gameplay and enemies are designed to bring out the strength and physicality of the character. Some of the content of the DLC like items and weapons will carry over to the main game when we finished the story, which takes about hour and a half to two hours. Plus, there will be extras to look forward when we make a second run of the DLC.

Concerning the changes to chapter 13, which will be applied once we have installed the upcoming free patch at the end of March, Sawatari said that we should expect new gameplay sections with more characters apart from Noctis, and more scenes that explain what the rest of characters were doing at that point in the story. Some changes will also be applied to the use of magic, which will be more powerful from now on.

There were many details that kept Final Fantasy XV from offering a completely polished experience, and chapter 13 was really the protagonist of most comments. The main issues seemed to be related to a lackluster gameplay and the absence of a narrative that could explain the story events that were happening at that point, which in turn made the chapter become repetitive and uneventful.

Check out the trailer for Episode Gladiolus below, which will be available to download from March 28th.