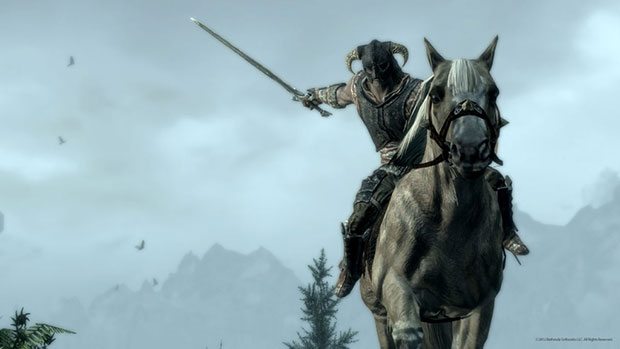 Skyrim patch 1.7 brings PlayStation 3 players up to speed in the world of Tamriel, while PC players on Steam see a beta version of 1.7 adding stability and optimization features. This patch brings mounted combat to Skyrim on the PS3, a feature that Xbox 360 players got over a month ago in v1.6 prior to the release of the first Elder Scrolls expansion: “Dawnguard”.

Skyrim patch 1.7 will be released on the Xbox 360 and PlayStation 3 at a later date, but the PlayStation version of the patch will see features included in title update 1.6 “rolled into 1.7”.

The update is available on Steam for PC players, for everyone else, Bethesda has details on the way as to when to expect the update for your console.