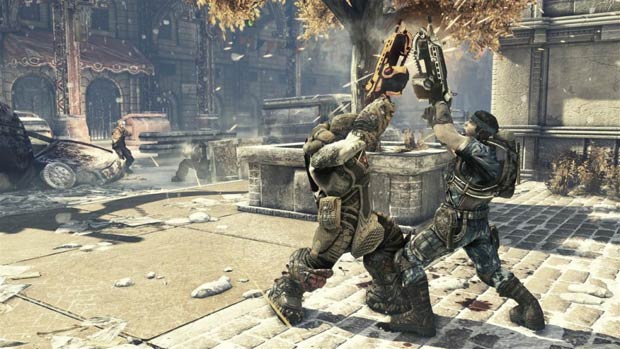 Each map in the Forces of Nature Map Pack adds unique weather conditions: Aftermath has a flooding city, Artillery features a tornado,Cover will have you taking cover in the fog ,Jacinto has a rainstorm and imulsion, and finally, Raven Down features a snowstorm.

Extra achivements that total 250 gamerscore points and four new multiplayer characters round out the final bout of DLC included in the Season Pass.  If you missed any of the previous content for Gears of War 3 and wanted to catch up, your best bet would be to grab a season pass for 2400 Microsoft points.  The Season Pass will net you Forces of Nature, RAAM’s Shadow, Fenix Rising and the Horde Command Pack.