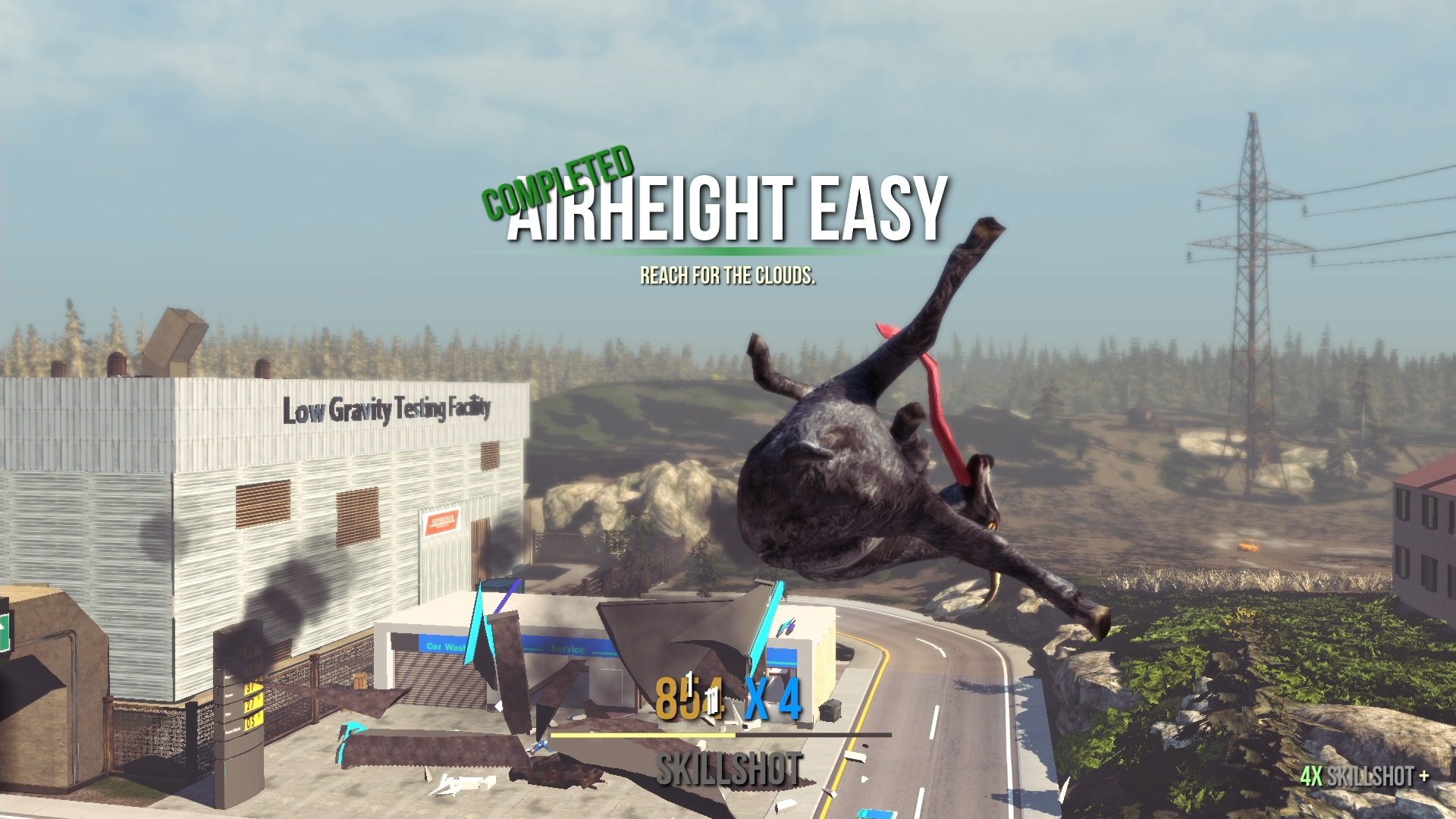 The ridiculous game that everyone knows, Goat Simulator is coming to PlayStation platforms next month with the help of Coffee Stain Studios and Double Eleven.

Goat Simulator will allow fans to get into the mind of a goat on PlayStation 3 and PlayStation 4 to lick, headbutt, fly and basically destroy everything and annoy everyone around them. Local multiplayer will be in both versions via couch co-op with PlayStation 3 offering two-player and PlayStation 4 offering four-player. A unique feature to the PlayStation editions of the game is something dubbed GoatVR which was announced via the PlayStation blog in which Double Eleven’s Mark South explains it as the following:

We’ve been working on GoatVR for some time, and we’re pleased to debut it in the Playstation editions of Goat Simulator. GoatVR is the most authentic “simulated GoatVR experience” that doesn’t require a helmet or anything. Although it’s not quiteready yet we felt it better to stay ahead of the crowd and let it out into the wild.

We still need to do that part where it connects to an actual headset but for now you can enjoy a simulated GoatVR experience without it. We’ve also added a score multiplier to help offset the concerns we’ve had from a very few number of Beta testers that felt it was somewhat difficult to “see where you are going.”