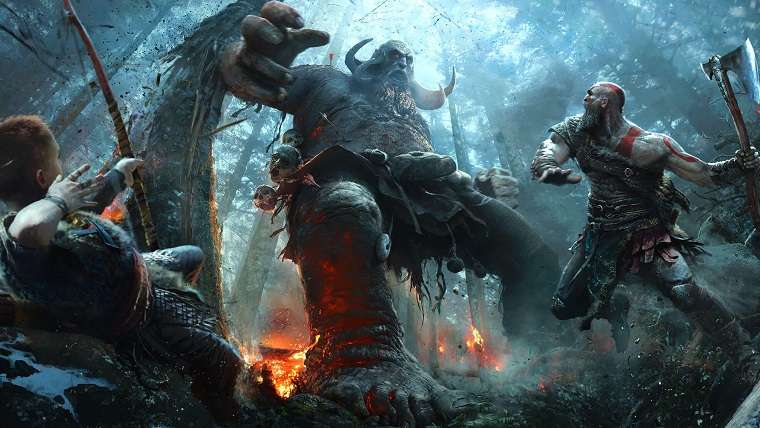 One of the most surprising things to come out of Sony’s E3 2016 press conference was the announcement of God of War for PlayStation 4. While the fact that another God of War game would be coming to a PlayStation console is certainly no shock, what was shocking was that it was a completely new take on the series. While we still don’t have a solid release date for this new game, the developers have given a promising update on the game’s progress.

Game director Cory Barlog gave an update on the game’s progress recently, confirming that the team has completed the first playthrough of the game. This means that a “rough draft” version of the game is complete, though there is understandably still a considerable amount of work to be done before it is ready for release. Barlog did not give an estimate on when they might expect the game to release, but it’s safe to say that much more news will be coming in the new year.

For those who don’t remember, the trailer for the PlayStation 4 God of War was something completely different compared to any other game in the series. It seemed much more like an adventure game than a hack ‘n’ slash game, with there being plenty of quieter moments and more emphasis on story and dialogue. There will still be plenty of action for fans of the series to check out, but this will definitely be taking things in a new direction.

The developers have also previously said that the game will likely not be receiving a demo prior to launch, squashing any hopes of being able to play the game early. The reason for them not releasing a demo was due to the fact that demos take additional time to develop, which would take away from being able to release the game earlier. You can read up more on that by clicking right here.