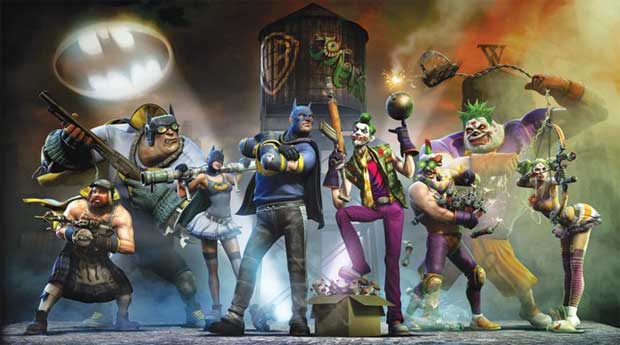 Monolith’s next game will be featured in Gotham City and Batman-free in Gotham City Impostors. According to a recent report, Gotham City Imposters will be a 12 player competitive multiplayer FPS that will put players on either Team Batman or Team Joker in goofy Batman-inspired or Joker-inspired outfits. The game is expected to launch on Winter 2012 for $15 on PSN or 1200 Micr0s0ft Points on XBLA.

If you still need some help trying to figure out the game, remember at the beginning of The Dark Knight where there were wannabes dressed up as Batman trying to take down the Russian Mobster in the parking garage. Yeah you’re going to play as those wannabes.