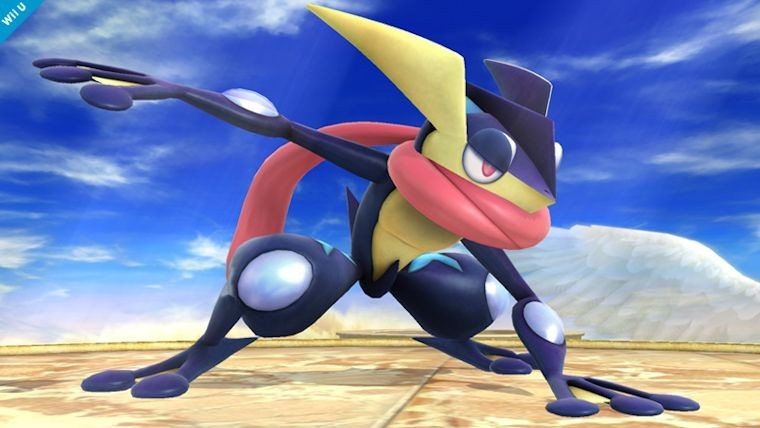 The Nintendo Direct that was held yesterday revealed so much information about amiibo, including the reveal of Splatoon amiibo, Yarn Yoshi amiibo, and most importantly the next waves of Super Smash Bros. amiibo. Surprisingly, it was revealed that a Greninja amiibo and Jigglypuff amiibo would also be joining in on Wave 4, though both would be exclusive to retailers. After seeing the exclusive Ness and Jigglypuff go up today already, it has now been revealed when Greninja will be up.

According to Amiibo News, they have received an official statement from Toys R Us, which revealed not only that the Greninja amiibo was in fact exclusive to their store, but that pre-orders would start Friday morning. Specifically, a Toys R Us rep told Polygon that pre-orders for Greninja would be going up between 7-9 am ET tomorrow morning, April 3. That began to have people wondering if in-store would be taking pre-orders as well through their usual $1 pre-order cards.

That answer seems to be more clear now according to my own experience. My local Toys R Us says that they will be getting the pre-order cards for Greninja and Wave 4 overnight and will have them at some point tomorrow. This is going to vary greatly at your stores though, as many may not get the cards until tomorrow afternoon or after.

As a result, it would be in your best interest to contact your local Toys R Us tonight if you happen to outside of the Eastern timezone where the stores have already closed. Otherwise, either call in the morning or stop by at opening. With no definite information, it is hard to recommend camping out for a long time, but it might not hurt to get there a little before opening to find out. I will be going to Toys R Us in the morning when they open and will relay any new information I discover on the pre-order front there.

Update: Due to the online selling out, in-store will be taking no pre-orders.