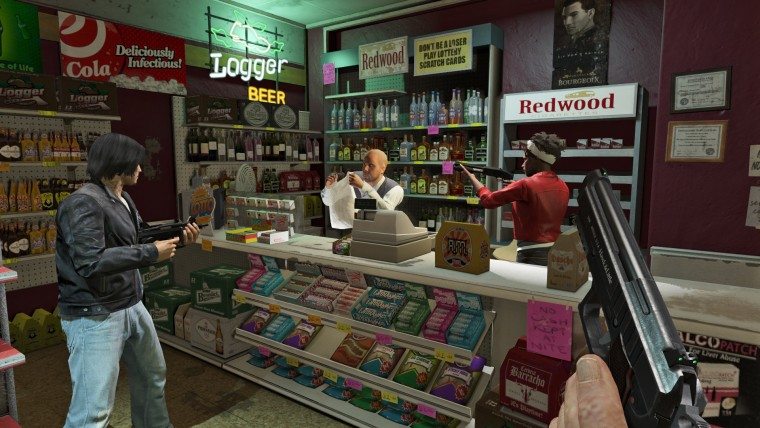 Since last year, GTA V players have been asking for Online Heists in GTA Online. Despite this highly anticipated feature having been confirmed by Rockstar multiple times to be in the works, over one year later, we still have yet to see them. Though a recent interview sheds light on GTA Online Heists, with Rockstar claiming that they are still coming “soon” and to all platforms.

According to an interview IGN who claims that “Of course they’re still coming to all platforms” and “soon”. Online Heists sound like something that is still very much in the works, and not a feature that new-gen versions of GTA V will include out of the gate when the game arrives later this month. Instead, GTA Online features and this interview in particular focused on the massive 30-player activities instead.

Coming “soon” is something GTA Online players are all to familiar with at this point. Rockstar started promising GTA Online Heists as far back as February, when they promised new details about Online Heists alongside the Creation Tools and Dangerous Business Pack. They’ve gone dark on the subject since then.

With only days until the Xbox One and PS4 release, GTA V fans hoping for Online Heists on their next-gen machines will need to wait and see what Rockstar’s definition of SOON actually is.