Half Life 3 in Development, T-Shirts That Is 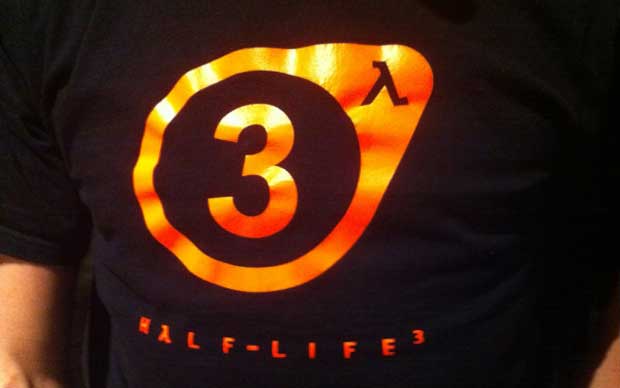 So you’ve given up on Half Life 3?  Don’t worry, you’re not alone.  I gave up last year and will chalk this one up to another GladOS inspired malicious act of hate towards myself and other fans of the franchise, but there was a Half Life 3 sighting last night.   Though it’s not exactly what you might think.  An unnamed developer wearing a Half Life 3 T-Shirt to a developers conference in Seattle caught the eye of Chandana Ekanayake, who caught the shirt on camera, and subsequently uploaded the image to Twitter.

All I'm saying is I saw this at a local game developer event worn by a Valve employee. http://t.co/8trtqZ2o #HalfLife3 #ValveTrolling

With so many rumors and speculative sightings of Half Life 3 related materials over the years, its hard to get excited over a T-Shirt.  But hey, it’s something.

Home / Game News / Half Life 3 in Development, T-Shirts That Is