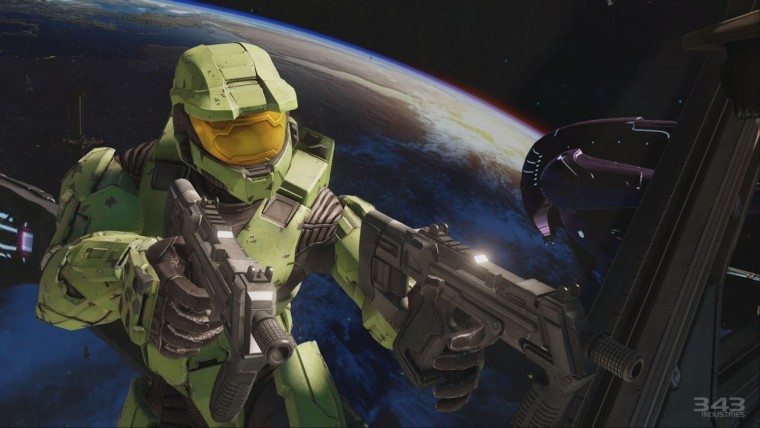 Microsoft and 343 Industries just dropped the first official trailer for the upcoming Halo 2: Anniversary which will be a part of Halo: The Master Chief Collection. The trailer focuses on the cinematics in the game, which have been substantially upgraded using an all-new engine. The visuals and sound during gameplay have also been improved, but they are not shown here. Make sure to stay until the end of the video, Sergeant Johnson’s character model is mind-blowing.

The description for the video states: “Take a first look at the overhauled Halo 2: Anniversary cut-scenes in this trailer from Blur Studio. Included in Halo: The Master Chief Collection as part of Halo 2: Anniversary, the cut-scenes immerse fans into the critically acclaimed story and complement fully the re-mastered campaign gameplay.

Tons of news has been dropping on the upcoming compilation of first-person shooter classics. Earlier today it was announced that fan-favorite map Zanzibar would be remastered for Halo: The Master Chief Collection. The multiplayer for all four titles is included in the package, but only Halo 2 received the Anniversary Edition treatment, and only for six select maps.

The entirety of Halo 2’s single player campaign has been revamped with the new graphics engine, and you will be able to switch back and forth on the fly. This mechanic is similar to the one contained in Halo: Anniversary Edition, but it works much faster than that title.

Halo: The Master Chief Collection combines all four main entries in the Halo series into one disc. It will launch on November 11th exclusively for Xbox One and cost a standard $59.99.