The latest news in the world of video games at Attack of the Fanboy
July 7th, 2012 by William Schwartz 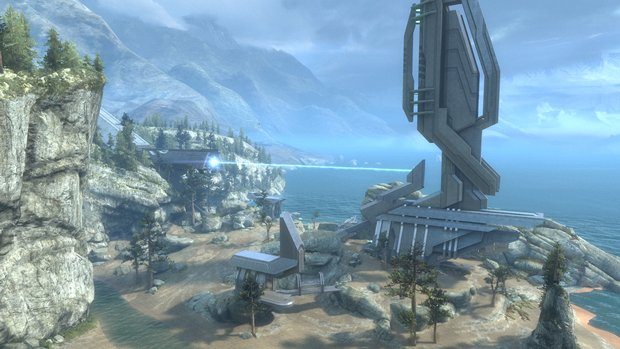 Even though it’s incredibly painful, we just love watching other people dabble in Halo 4. Why? Because Master Chief’s anticipated return is still four months away, and watching others play is better than cradling in the corner until the game’s November 6 release date. The newest edition of the Forge map editor in Halo 4 is currently being developed by Certain Affinity, the guys that brought you Halo: Combat Evolved Anniversary‘s multiplayer component. Today, the team presented some of the changes that will be evident in Halo 4‘s Forge during a presentation at Rooster Teeth’s second annual RTX event in Austin, TX. What better venue to present new Halo 4 details than at an event held by the production group who brought you the popular Red vs. Blue series of animated Halo shorts?

The demo shows 1 of 4 Forge environments that will ship with Halo 4, and the one on display is of a “Hemorrhage”-esque design. Of the more notable implementations that players will instantly notice is that you now have the ability to quickly duplicate objects and lock them in place, taking out many of the frustrating tribulations that took up a wearisome amount of your editing time.

Also a very intriguing addition is the “Player Trait Zones” which editors can now use to alter and modify certain traits of players when they enter that specific field, including Spartan speed, jump height, and damage absorption. One facet the Halo community has expressed concern over is the continued inability to change the color of objects and map pieces. Apparently not everyone likes the color grey. It’s still possible that Certain Affinity will address such an issue, and we can be sure that more details will be revealed in due time.

Check out the Halo 4 Forge walkthrough below: