The latest news in the world of video games at Attack of the Fanboy
December 20th, 2014 by Kyle Hanson 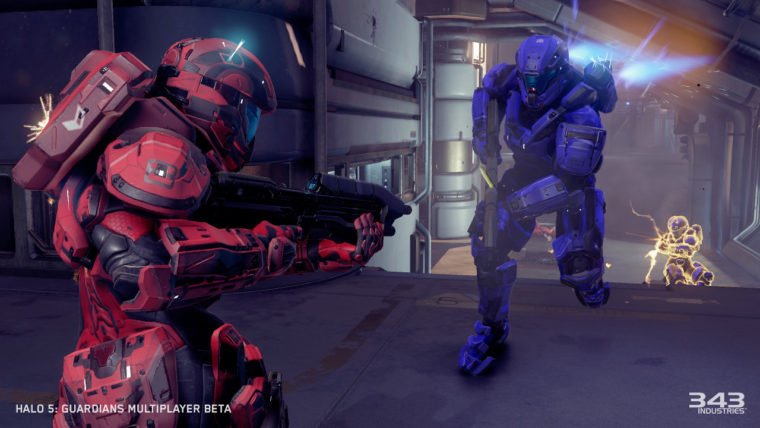 Unlike many other shooter franchises, a new main series Halo game comes along quite rarely. Over the last 13 years there have only been five or six, depending on how you count a few of the side stories. So, the release of Halo 5: Guardians comes with a lot of anticipation, and a lot of worry. Worry, because Halo 4, which was the first for new series developer 343 Interactive, was somewhat of a multiplayer disappointment; offering too much change from the arena-style shooter that the series was founded on. Anticipation, becaus 343 seems to have recognized their mistakes and even rectified many in updates to Halo 4 and the admittedly problematic release of Halo: The Master Chief Collection. So, everyone wonders if Halo 5 will lean more toward the major gameplay shift of the last new entry, or bring back the classic gameplay that we all loved from the ones before it. Having played a few rounds of the Halo 5: Guardians Multiplayer Beta I can say that fans can set their fears aside as it looks to bring together the classic gameplay we all love while updating it for the modern era.

Let’s get the necessary bits of information out of the way first. Halo 5: Guardians looks fantastic. Running at the now-standard 60 frames per second, the action is fluid and smooth while feeling responsive. Particles and lighting all look great, and give the game a great look and feel across the experience. In terms of content, the early access multiplayer beta is more limited in scope than the one more players will experience later in the month. Only Team Slayer is open, and only on two maps: Truth, a remake of the Halo 2 classic Miship, and Empire, a new map that is set in a human city. And, in case you were worried, matchmaking functioned well, with games taking less than a minute to form up and get started. With that out of the way, let’s dive into the good stuff. 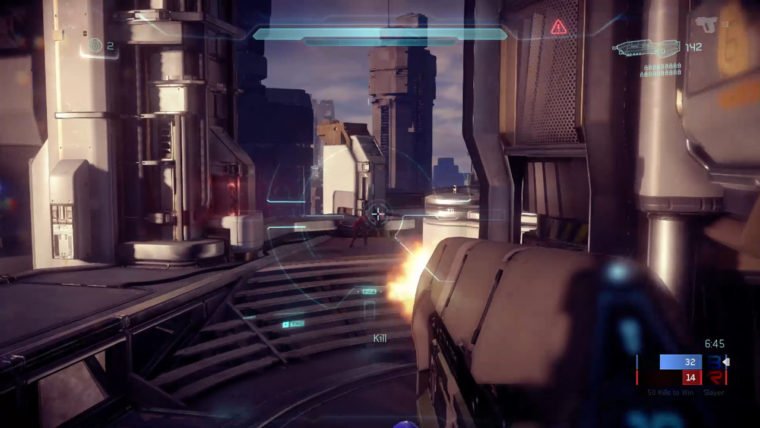 Aim Down Sights and Sprint

The first thing that players noticed and began worrying about after footage surfaced from Halo 5: Guardians was the inclusion of an aim down sight (ADS) and sprint system. ADS is pretty much standard for shooters these days, but Halo was always different. Since the core gameplay of Halo is built more around movement and run and gun action, having ADS would change things quite a bit. Instead of being able to move around as you fire, making it more difficult to track your target while also making yourself tougher to hit, players might become mobile turrets; running to a fight, stopping and shooting, then repeating this over and over. The ADS system that has been used in Halo 5: Guardians works around this issue in many ways.

First off, you can still move around and shoot from the hip just like normal, with not penalty to your accuracy or effectiveness. Instead, using ADS, or Smart Link as it is called in Halo 5: Guardians, will simply give you a small edge against your opponent by zooming in a bit and making targeting slightly easier. To counter this though, if you are hurt in any way you will pop out of Smart Link, making it useless in more frenetic situations. Similarly, the Smart Link system will allow you to hover in the air and fire down on opponent’s heads. The counter to this is that you are literally hovering in the air, making for a quick and easy kill if those enemies know where you are.

Sprint has also seen a modification to make it more acceptable in the world of Halo. Once sprint became a default ability for Spartans it was used more as a way to avoid combat than to get around the map. It was frustrating because kills take more time in Halo, usually requiring multiple shots or a grenade, bullet combo. Watching your hard-fought kill disappear around a corner was never enjoyable. While this hasn’t been totally eliminated, it has been balanced a bit with the fact that sprinting disabled your shield recharge for some time. This means that fleeing opponent can be followed and picked off, or his location can be relayed to your teammates for an easy kill. 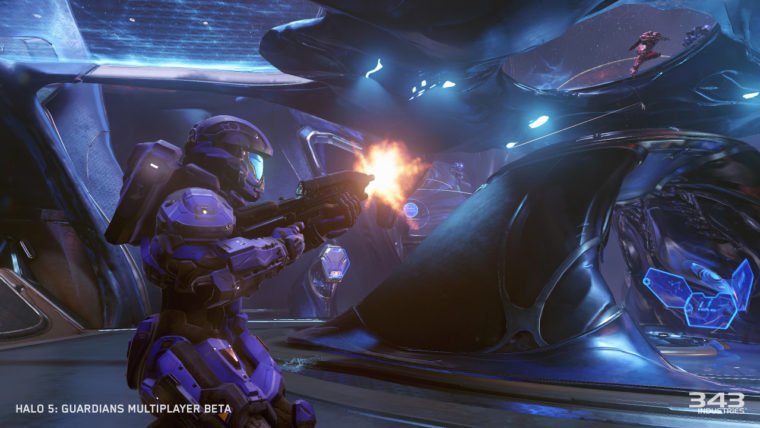 Along with sprint come a few other abilities, mostly enhancing your Spartan’s movement around the map. Each player has a single, rechargeable boost that can help get them out of danger, of simply get them across a large gap. There is also the new clamber mechanic, which lets you climb ledges that used to be too high. While this takes away some of the fun of trick jumping, it gives levels more verticality and allows for some fun times sneaking up on perched snipers. There are also a ground pound and slide mechanic, but these will require some more time for the playerbase to get used to. So far they are used very infrequently. Overall these new pieces seem to fit well within the architecture of the core Halo experience. We’ll have to see how they work into player strategies over time, but so far I have had many moments of exhilaration thanks to clamber and boost.

One thing that Halo 5: Guardians seems to be focused on is lifting up the experience of casual players. Of course, Halo 4 seemed to try to do this with its more Call of Duty-esque gameplay, but that upset the core audience. This time 343 seems to have hit on the perfect strategy, by enhancing the experience for casual players while not impacting the hardcore gamers. To do this they took elements of the hardcore experience and added them into the game as default features. For example, call outs are a huge part of the competitive game. Having a team that calls out enemy locations, and areas of danger can turn the tide of battle almost every time. However, this required a team of four people who would actually communicate with one another, which seems to be a rare thing in online gaming these days. To get around this 343 has taken call outs and added them into the game by default. Whether your teammate is communicating or not, his in-game character will do it for him. Shouting out helpful info like “grenade incoming” or “enemy at Big Tower” help make the game feel and play more competitively for casual players without hurting the experience for those who already played this way. 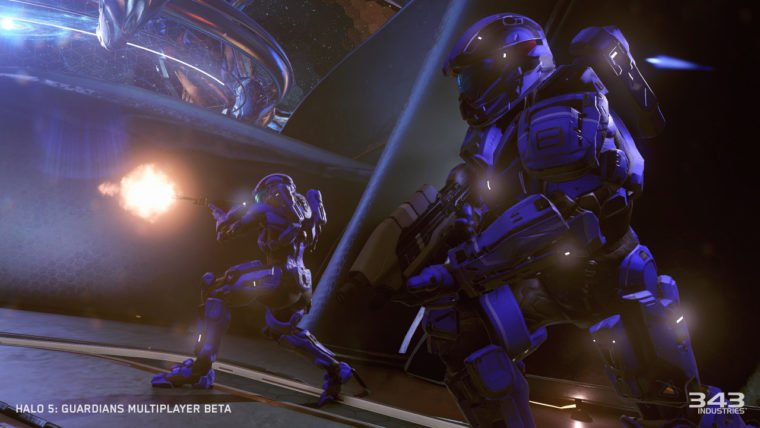 Likewise, the power weapons have become a more focused element of the game. Whereas before teams would have to keep track of respawn times and location in their head, now power weapons are indicated on the HUD, and their imminent spawn is announced long beforehand. Hopefully these can be turned off in the full game, as many will likely prefer the older style of play, but for now it is great to see teams of random players rally to the power weapons upon spawn just like more competitive players have for years.

With what little time I’ve had to play Halo 5: Guardians it is already obvious that 343 is succeeding at avoiding the mistakes of the past, while still enhancing the game for the modern audience. The core Halo gameplay seems to have survived, and even thrived as I found myself having a tough time stopping even to write this article. Old school fans should be pleased with the arena style gameplay, and newcomers will find a more accepting environment thanks to the changes made by 343. What will be really interesting later on is finding out what the non-arena specific modes are like, as 343 seems to have shown that they have full control of the Halo series at this point and are skilled at making it work in new and unique ways.