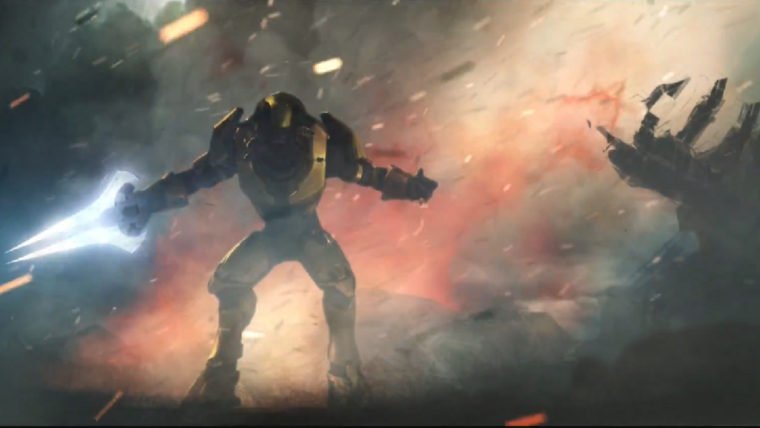 Tons of Halo: The Master Chief Collection info has been dropping thanks to 343’s involvement in Rooster Teeth Expo last weekend. The latest is the release of a new trailer focusing on the terminals found within the games. Terminals are small devices that are usually in hidden areas of the single player campaign in Halo games. Once activated they give the player an element of the overarching Halo story that usually fills in gaps or gives color to the narrative.

Many new terminals have been added to Halo: The Master Chief Collection and it seems like the story they give will focus on The Arbiter, the former supreme commander of the Covenant army who turned into Master Chief’s greatest ally. Although, the trailer seems to imply there is more to this story than we know. With Halo 5: Guardians having such a focus on Master Chief’s past it seems like The Arbiter will make an appearance, and these terminals will provide some backstory to those upcoming events.

The Arbiter was introduced in Halo 2 as a second playable character for the series. While he was semi-controversial at the time, the fanbase has warmed up to his presence since the introduction. At the time, most players were looking for a more Earth-centric focus to the story, and having this other character take time away from that was odd. Now that the story of the Covenant and their invasion of Earth has been concluded by subsequent entries in the series we can all look back on it with more objective eyes.

Halo: The Master Chief Collection comes out November 11th 2014, exclusively for Xbox One. It will contain the single player campaign and every multiplayer map for Halo: Anniversay Edition, Halo 2, Halo 3, and Halo 4. Halo 2 will receive the same “Anniversary Edition” treatment that Halo: Combat Evolved did, having its graphics and audio upgraded to modern standards. Six multiplayer maps from Halo 2 will also be upgraded, currently only Ascension and Coagulation have been officially announced.