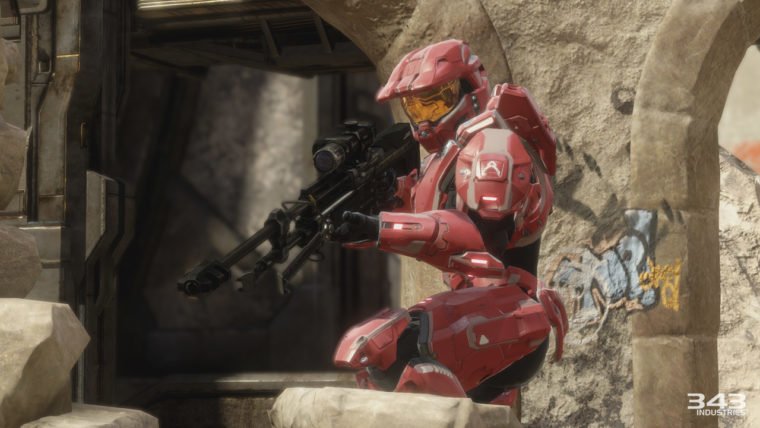 There has been a fair amount of media flying around about Halo: The Master Chief Collection. Some videos have cropped up elsewhere, but to me the most impressive items that I have seen are the above screenshots from yesterday’s Halo Bulletin. Showing off Cairo Station from the single player campaign, and multiplayer maps Zanzibar, Sanctuary, and Lockout, the images truly stand out by showing the improvements in graphics and design offered by Halo: The Master Chief Collection.

Halo fans will likely be most impressed by the updated armor designs for the Spartans. Halo’s armor has went through a few redesigns over the years, but these look quite detailed and gorgeous. Once we get a look at the multitude of armor options I’d say we will be quite impressed.

The multiplayer maps shown here are Sanctuary, Zanzibar, and Lockout, which will comprise half of the available maps as part of the Halo 2: Anniversary remaster. The other two maps are Ascension and Coagulation. There is still one more unannounced map to come, but my money is on Ivory Tower.

Along with the above screenshots we got to take a look at the 1080p/60FPS version of Halo 3. Producer Dan Ayoub walks players through some of the improvements made to the game for Halo: The Master Chief Collection. While the game hasn’t been given the same remastered treatment as Halo 2: Anniversary, simply upping the resolution and framerate creates the feeling that you are playing a next-gen title, according to Ayoub. After playing through The Last of Us: Remastered recently I would tend to agree as the 60FPS change made it feel quite “next-gen” to me. These same improvements should translate to Halo 4 as well, which has also received the 1080p/60FPS upgrade.

Halo: The Master Chief Collection will be released on November 11th exclusively for Xbox One.