Hands on with Metal Gear Rising: Revengeance at E3 2012 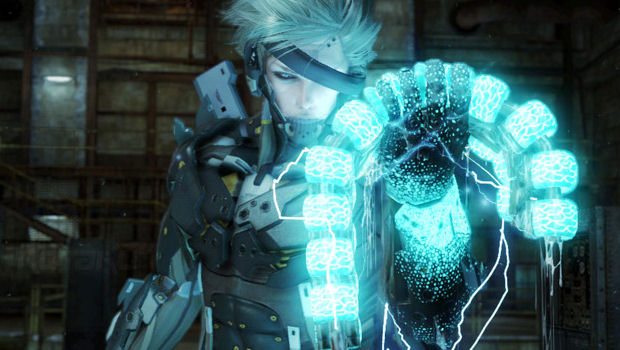 Metal Gear Rising: Revengeance holds our interest for a couple of reasons. Firstly, the game’s cutting system and mechanics will be unlike anything you’ve seen or played. Second, we want to see Raiden in a true “hero” role where he can’t hide behind the celebrity status of his mentor Solid Snake. Lastly, we’re interested to see how much traditional Metal Gear fans will flip sh*t when they get their hands on this game.

We were able to demo the game backstage at the Konami booth and skip past those pesky E3 lines. The demo began with a introductory walkthrough of the game’s innovative controls. Trust us when we say, you simply won’t find another hack-and-slash that features this type of control and maneuverability. Holding LT (we demoed the game on the 360) sends the game into its cutting mode in which a slow-mo sequence will allow you to mercilessly cut your way through enemies. The Right analog stick acts as your sword, the Left as your camera. Do you recall the first time you were wowed by the type of stick and puck control NHL 08 allotted you? That’s how you’ll feel when you slice your first enemy. You have complete and utter control over Raiden’s lethal sword, and it couldn’t feel any slicker.

The demo eased us through the new cutting mechanics. Making us cut through cutouts of enemies who are holding hostages and forcing you to be accurate rather than quick. After hacking up a few bad guys, we were given a task to locate a computer, but first having to find the security codes to unlock it. The codes were located on enemies sprinkled throughout the area, and after making quick work of the first few, I wandered around for 15 minutes like a moron looking for the last. I could see him on my map, but just couldn’t seem to find him. I started slicing things in frustration when I realized where the little douche was hiding. Right in front of me, underneath a cardboard box, there he sat hoping to seek refuge from my blood soaked blade. An ode to Snake, perhaps? But yeah, I hacked him to bits.

Following completion of the objectives, a giant mech and a couple of cronies tried to take me down. I figured out a nifty combo attack that allowed me to jump up and kick the mech from above, and in no time the driver was just another helpless victim.

The game jumped to a introduction of Raiden’s “Ninja Run” ability. Holding RT allows you to sprint, opening up more combos and attacks. The demo ended shortly after a convoy of helicopters showed up, and blew up the bridge we happened to be standing on, forcing me to Ninja Run to the other side as it collapsed behind me.

Metal Gear Rising: Revengeance probably won’t sit too well with long-standing fans of the franchise, but this title is shaping up to be one of the best hack-and-slashes of recent memory with a revolutionary cutting system and sleek combo sequences. Look for this one to be on the radar of action-oriented gamers, and probably far under that of old-school Metal Gear fans.