The latest news in the world of video games at Attack of the Fanboy
October 30th, 2017 by Jose Belmonte 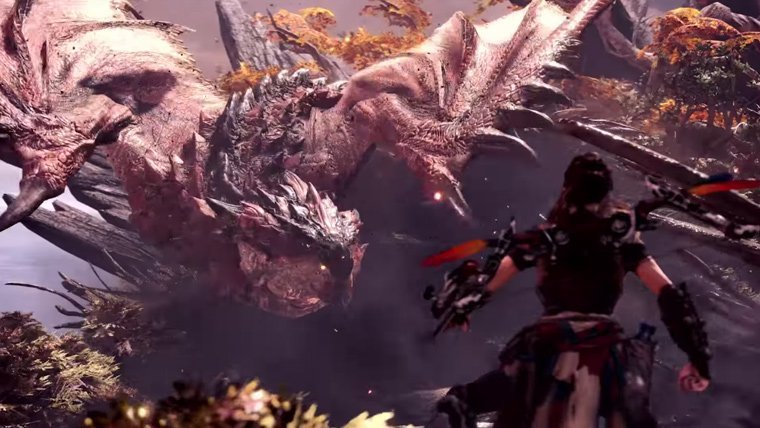 Sony has announced during their Paris Games Week conference that Monster Hunter: World will feature an exclusive crossover with Horizon: Zero Dawn on PS4. Players will be able to control Horizon’s heroine Aloy as a hunter in Capcom’s action game, allowing fans to control the machine hunter in a brand new adventure sooner than anyone thought. In the footage presented Aloy makes use of her iconic bow, as well as being accompanied by a special mechanic version of the game’s minions.

And the PS4 exclusive announcements didn’t end here, as the company also revealed a beta for the game starting on December 9.  The beta is perfectly timed with the launch in Japan of a limited edition PS4 Pro featuring a special design based on the game, which is launching weeks before the game is released. Now we know people who purchase that bundle will still be able to play the game that same week.

Monster Hunter: World launches on PS4 and Xbox One on January 26. Watch the new trailer below.