How to win at Halo: Reach

The latest news in the world of video games at Attack of the Fanboy
September 12th, 2010 by William Schwartz 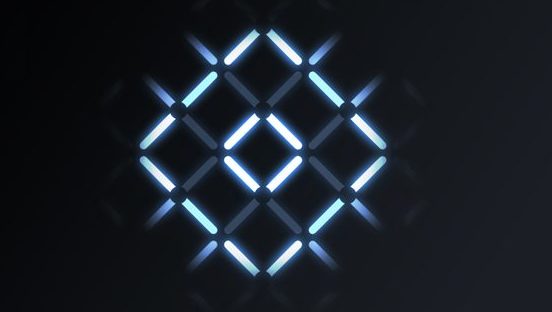 Perhaps you are new to Halo, and Halo: Reach will be your first soiree into the crazy world of Halo Multiplayer.  If so, this beginners guide will help you to not suck at Halo: Reach multiplayer. ( This guide is pretty much for players new to Halo and lack all common sense whatsoever) 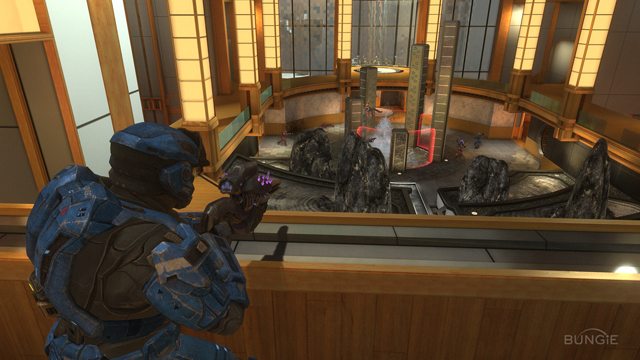 The Weapons in Halo: Reach include some familiar favorites from previous Halo games, and are mixed in with some all new weapons that were designed specifically for this title.  The traditional Bungie formula of scattering weapons throughout each map and gametype is intact.  So it pays to do a little scouting before you jump into multiplayer because scurrying around looking for a weapon during a competitive matchmaking session is a fast ticket to the bottom of the leaderboard and a negative K/D ratio.  Knowing where weapons are located (including grenades) will put you on the fast track to getting better at Halo, especially in the gametypes when you start off with the weaker weapons. 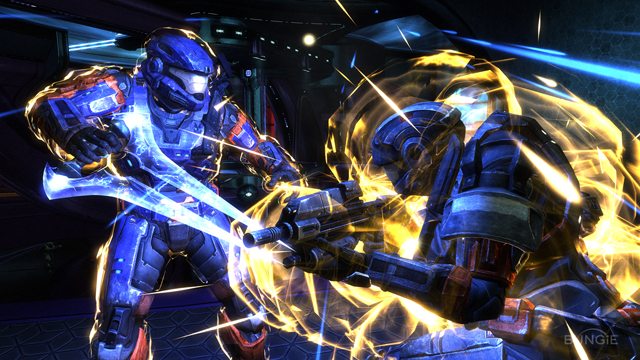 Knowing where the weapons are, isn’t the only tool.  You should also learn how to use them.  As in previous Halo games alot of the weapons work the same.  One of the biggest problems that players have are with lock on weapons like The Rocket Launcher, Sword, and Needler to name a couple.  One thing to note with lock on weapons: Keep the reticule on your opponent while firing.  It will change from Green(blue?) to Red when you have confirmation but you must follow through.  Lock on weapons can deal devastating damage to opponents but they must be used correctly. 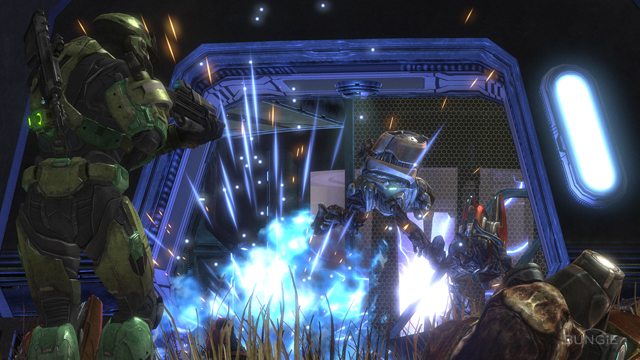 Grenades are a big part of your arsenal in Halo Reach. Using them wisely is one of the keys to holding your own online.  In most gamemodes of Halo: Reach multiplayer battles of 10 seconds or more between two or more players can take place quite commonly.  A well placed frag or sticky grenade can rack you up a triple kill or better in many situations (especially tight corridors).  Knowing how and when to throw grenades is important as well.  AIM LOW.  AIM FOR WALLS NOT WINDOWS. If a player is running at you aim in front of him the closer the player is to the center of the blast the more damage they will take as a result.  Many times grenade kills are a last ditch effort but a well timed grenade toss to start off a gunfight can lead to a popped shield and a quick demise for your enemy. 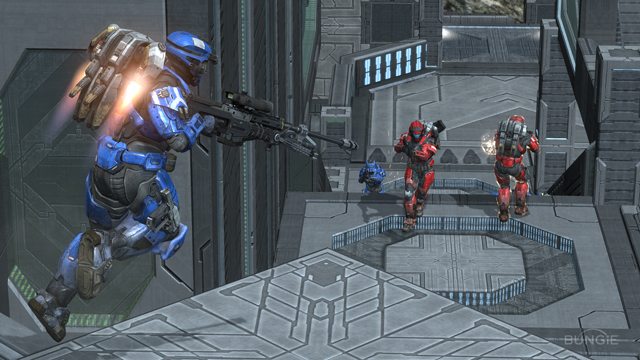 Sure, Jetpacking is cool but it’s not always optimal for the gamemode or map that you are playing on.  Know you game modes.  If you are playing Headhunter on a multi-tiered map being able to armor lock might not be that great but being able to fly just might get you out of some sticky situations.  While we aren’t going to list the combinations that we found to work for us, there will be some obvious choices once you play a couple of rounds. 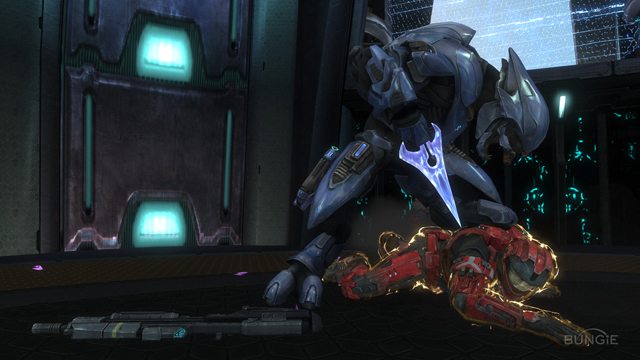 Another new feature to Halo: Reach are Assassinations.  And yes, it’s quite rewarding to sneak up behind someone when noone is around and pummel them into oblivion, but, in the heat of battle you will likely be killed mid animation while others are around.  You are vulnerable when performing an Assassination attempt so keep this in mind when going in for the kill.

Many of the good players I have come across in Halo: Reach can completely lock down an area.  This area almost always has a few distinguishing qualities.  Those being an area to weaken an opponent when they enter, a health station nearby, and a weapon spawn.  Without one or more of these traits the area that you are “camping” in is probably going to be your grave.  While I can’t wholeheartedly recommend camping in Halo as a strategy to win, it does pay to try and stay in the general vicinity of the more powerful weapons.

Last but not least, plug in your microphone and open your mouth. And not to sing your favorite Justin Bieber song.  Communicate with your teammates whether they are your friends or just some guys/gals you got matched up with.  In many objective based matches, communication is the key to victory and coordinated attacks can pay huge dividends, especially when playing against a team full of lone wolves.

Home / Game News / How to win at Halo: Reach