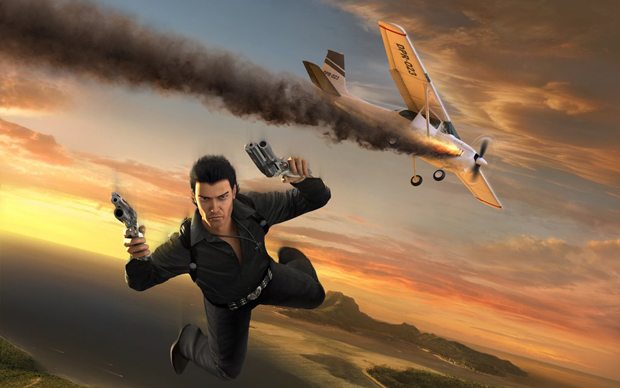 A new rumor has surfaced out of the Just Cause franchise. Just Cause 3 could be heading our way in 2012, according to a recent rumor dropped by Xbox World Magazine. The magazine claims to have “spies” that state developer Avalanche is “hard at work on the game” and that “it’s coming next year”.

Just Cause 2 had moderate success with all it’s free roaming goodness and flying about. It would come as no surprise that the developer or publisher would be pushing to get another one into the hands of gamers in 2012. With Saints Row: The Third on the horizon, the announcement of GTA V, and a possible Just Cause 3 on the horizon, open world fans will have their hands full for quite some time if this rumor turns out to be true.

Just Cause 2 released last summer, and our review of the game can be found here (as well as our old review style and hand drawn logos).

Update: Rumor is just a rumor and has been confirmed by Avalanche that they have no game coming in 2012.