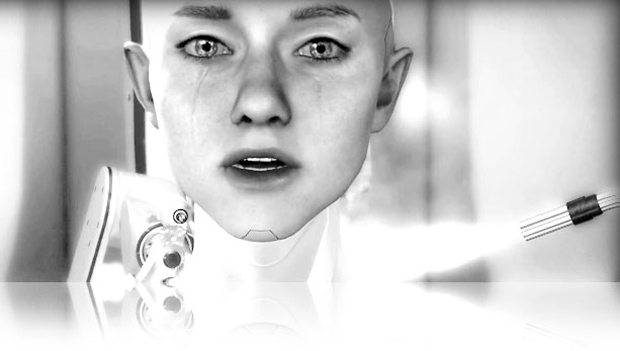 Quantic Dream recently released the tech demo titled “Kara” at GDC.  Studio head David Cage revealed the tech demo to GDC attendees in an attempt to showcase the studio’s new performance capturing advancements.  The trailer which was revealed yesterday at the conference is a bit of beautiful, and a bit of strange, but more interestingly, it’s running on the PlayStation 3.

Kara shows off the assembly of female artifical intelligence unit who becomes self aware in the process.  The synthetic realizes that she is being built as a product to sell, and when she does, the manufacturer disassembles her because of a defect?  It’s both thought provoking and nice insight into what Quantic Dream might be working on in an upcoming game.

Although, David Cage did say that this “is not the character…world…story” of their next game in an interview with the US PlayStation Blog.  The outspoken developer did explain more about the engine, and where the studio’s focus lies heading forward.

“After Heavy Rain, we wanted to push the envelope in terms of quality, starting with the visuals. We wanted to improve many things — things that were not possible with the Heavy Rain engine. So we had to develop a new engine from scratch.

We also wanted to improve the quality of the acting. With Heavy Rain, we did what many games do — split performances, recording a voice on one side and a body animation on the other, putting everything together and crossing your fingers that you get a consistent performance. It worked okay for Heavy Rain, but you lose a lot of a performance by splitting into two and rebuilding it artificially.

We wanted to do what Avatar did by having one full performance where we capture everything at the same time. And we wanted to demonstrate these new performance capture techniques and the new engine before going into production, so we developed a short showcase that would allow us to test these ideas and technologies. This is how “Kara” was created,” Cage told the PlayStation Blog.