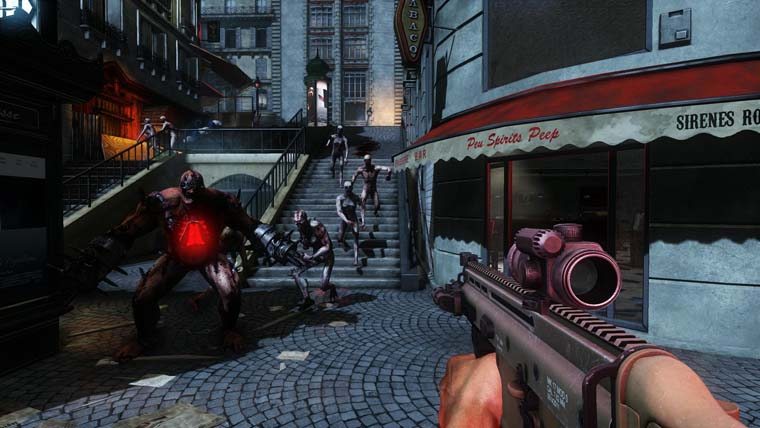 The follow-up to Tripwire Interactive’s 2009 Killing Floor (which followed the 2005 mod of the same name) is releasing shortly on Steam Early Access, as revealed by the developer today. Killing Floor 2 will see its debut on Early Access in just under two weeks on April 21st and will carry a price tag of $29.99. Getting in on the game right away will not provide early adopters with a discount, however. That is the price point that the game will remain at even after its full release.

While the game is far from finished, Tripwire views their offering as a “polished beta” and, as such, is trying to put together an appealing package for those that may not wish to wait for the game’s retail release targeted for the end of 2015. Here’s what you’ll find in-game come the end of the month:

The finished product will contain more levels spanning continental Europe and a wider away of deadly weapons, obviously, as well as 10 perk classes. Tripwire believes that the entire game can be played near-flawlessly in either cooperative or solo play without the appearance of any game-breaking bugs. If you want to put their claim to the test, pay in to the beta (because this is the world we live in now) this month.