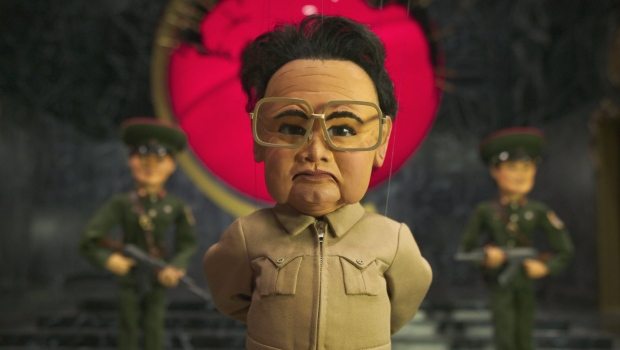 Put aside the threat of nuclear holocaust that North Korea poses for just a moment, there are matters of greater significance now at stake. According to the South Korean authorities, Kim Jong-il is using the services of young Korean hackers in a virtual racketeering scheme to farm loot convertible to cash in an attempt to raise funds for militaristic government programs. No, seriously. We couldn’t make this s**t up.

Police have stated that the hacker squad was operating from Northern China, and created software that breached servers for popular South Korean online MMO’s such as Lineage and Dungeon and Fighter. The software essentially allowed permanent, uninterrupted play by factories of dozens of unmanned computers. The accumulated loot and XP from the games were exchanged for cash at Web sites where players were willing to spend real-world money to acquire various items and upgrades to their characters. The gaming software itself is also believed to have been sold. The police said that in less than two years, the organizers made $6 million, 55 percent of which was given to the hackers who forwarded some of it to agents in Pyongyang.

Some of the hackers are being tied to the Korea Neungnado General Trading Company, which is said to report to a Communist Party agency called “Office 39”. The agency gathers foreign currency for Kim Jong-il through drug trafficking, counterfeiting, arms sales and other illegal operations. South Korean and American officials believe the fund to be worth billions, and that Kim-Jong-il is using it to help finance nuclear weapons programs and to smuggle  luxury goods which are distributed among the military elite to buy their allegiance.

Okay President Obama, it’s time to install Lineage on that White House PC, take it over to Korea for use on their servers, and meet this threat head on. You have seven character classes to choose from, but note: most Republicans tend to choose the “Illusionist” class.