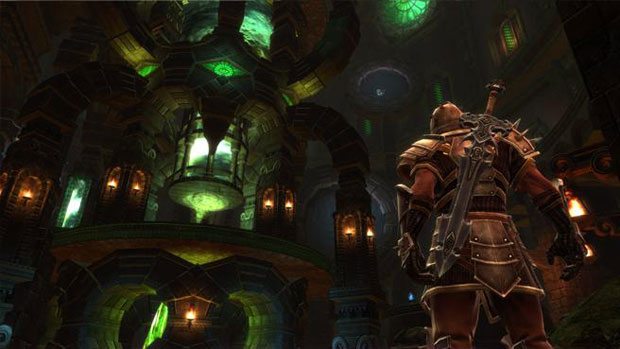 Kingdoms of Amalur: Recokoning is due out in short order, and expectedly the RPG will feature single player only content. Which is precisely why journalists who recieved an early copy of the game for review were confused when they found an “online pass” bundled with the game. The one-time use code locks content for players that choose to pick up the game used. Online passes are nothing new at this point, but for single player only experiences there haven’t been many that have included them.

Responding to the numerous complaints levied at the company by angered fans, Curt Schilling explained their inclusion. The pass is to “reward fans and gamers who commit to us with their time and money when it benefits the company,” Schilling said. “Day 1 DLC, to be extremely and vividly clear, is free, 100% totally free, to anyone that buys a new copy of Reckoning,” Schilling announced via the KOA: Reckoning forums.

“We must make a profit to be come what we want to become. The only way to do that is to make game you cannot wait to buy! If we do that, and you do that, we want to reward you with some cool free stuff as a thank you. There is no nefarious attempt to do anything under-handed here.”

Where do you stand on the Online Pass issue? Should single player games have them? Let us know in the comments section below, or tell the studio yourself at the Reckoning Forums.