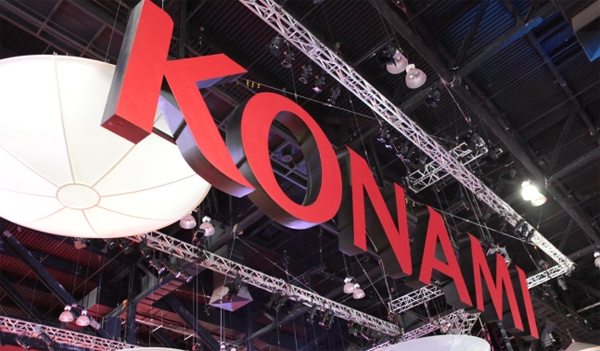 Konami is beginning to make a habit out of taking to the online world to disperse information about their upcoming titles prior to E3.  The pre-recorded press conference went live just a short while ago, and it housed some big news for fans of the publisher.  President of Digital Entertainment for the company, Tomoyuki Tsuboi played Master of Ceremonies at the event, and touched on nearly every facet of Konami’s upcoming lineup in 2012 and ’13.

The publisher is obviously committed to the social and mobile games market.  Considering that they led off their E3 talks with Facebook, it’s definitely a sign that the times they are a changin.  A newly formed team in San Francisco is heading the initiative.  Their extensive back-catalog of games could reach the social networking platform with enhanced connectivity features.

Konami has their sights set on FIFA

Konami is also trying to catch EA and the FIFA franchise.  At one time, the Pro Evo game was the best soccer sim around, but in recent years, its taken a back seat to the advancements that have been made by the team at EA Sports.  Touting new tech and gameplay changes, PES 13 has definitely got it eyes on the crown again.   Konami showed off some impressive Mocap signature moves for players, and touted the audio and video quality as the best ever in a PES title.

For those of you that have been patiently waiting for Zone of the Enders HD, your wait continues.  Kojima talked briefly about the game and the development process for it, but failed to clearly specify when fans can expect the title.  Though they did show off an impressive opening cinematic for the game, that’ll make the wait and unknown time frame even worse.

Of course, we’re talking Konami here, so Metal Gear talk was definitely on the table.   First things first though, Metal Gear is closing in on its 25 year anniversary and the release of multiple remakes on modern handhelds was the first topic on the agenda.  The upcoming Metal Gear collection will grace the PS Vita in just over a week.  But the one that many are waiting for, Metal Gear Rising, got a proper re-introduction with some brand new gameplay footage from the action-oriented Metal Gear title starring Raiden. Better yet, Konami also put a release window on the title of “Early 2013”, and will give convention goers a taste of hands on gameplay at E3 2012.

Finally, the company capped off the show with a look at Castlevania: Lords of Shadow 2. Definitely the show stopper because of the trailers cinematic nature, this popular franchise will return sometime in the near future. No gameplay was shown off, but it did include many of the staples that Lords of Shadow one did. Massive bosses, beautiful artwork, and hack and slash gameplay all seem to be returning with Lords of Shadow 2.

Unfortunately, the only thing that Konami didn’t touch on was Kojima’s Fox Engine. After revealing the technology that would be powering future kojiPro games at last year’s conference, there was no mention, no screenshots, no video, no sign of the new tech.