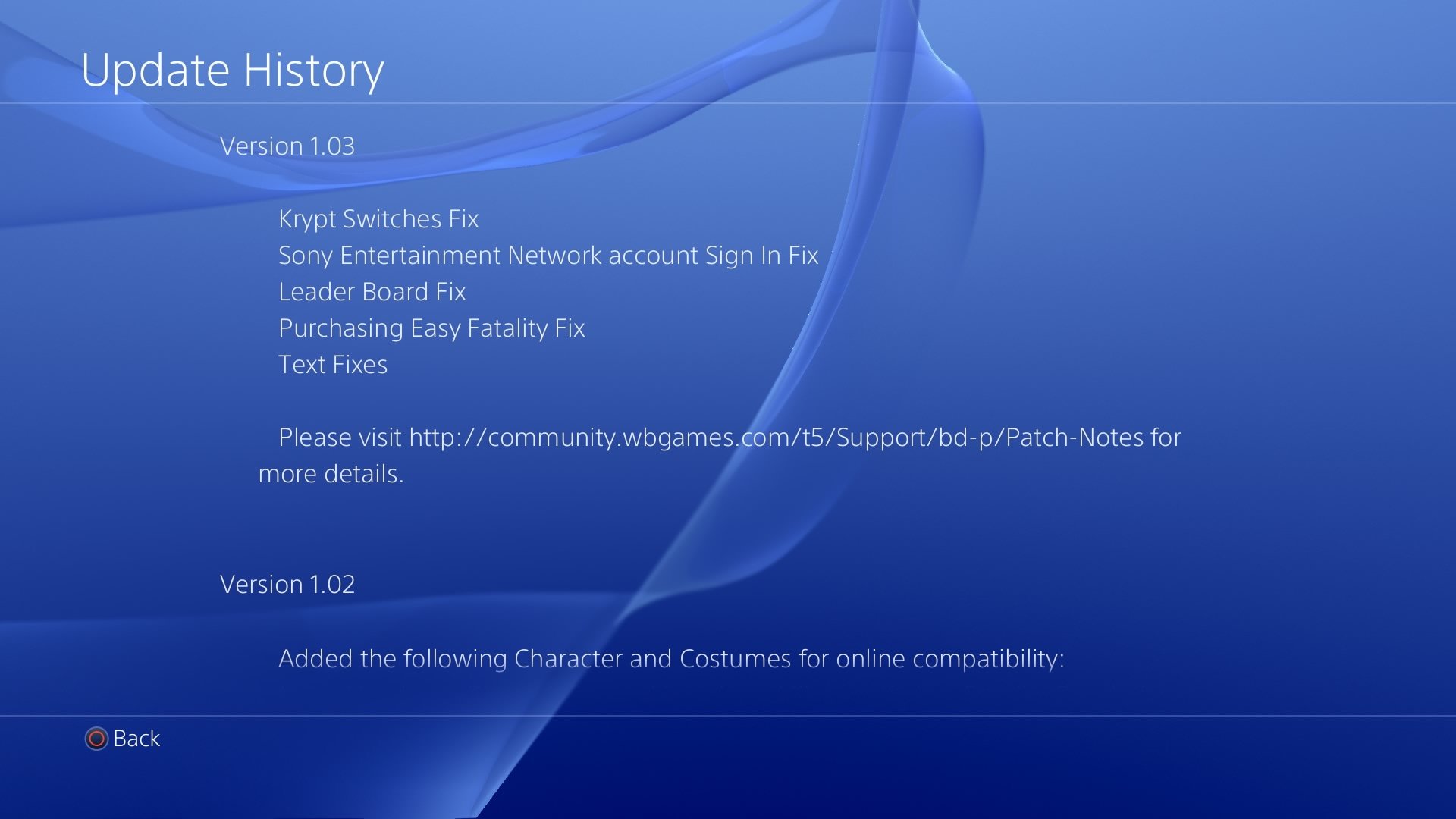 If you boot up your PlayStation 4 right now you will be prompted to download a new hefty Mortal Kombat X patch that hopes to fix several issues plaguing fans since release.

Officially announced via Mortal Kombat C0-Creator and creative director at NetherRealm Ed Boon’s Twitter, the patch is now available on PlayStation 4. It weighs in at a little over 3GB. The Mortal Kombat X patch is said to fix Sony Network Account sign-in issues and issues players have had with levers in the Krypt. At least that is what Ed Boon mentioned.

The patch for Mortal Kombat X directly from the PlayStation 4 say the following:

It’s great that NetherRealm is keeping their eyes on Mortal Kombat X and continuing to support the community. In related news Ed Boon also mentioned that future patches that include DLC compatability, like the one that hit over the weekend, will include a free costume for an existing fighter. Here’s what Ed said in relation to the previous 1.02 patch that hit over the weekend.

“FYI: The latest patch for Mortal Kombat X comes with a Klassic Sub-zero costume for FREE. Each DLC patch will too !”

He also mentioned today that the Mortal Kombat X patch that went out today will be hitting Xbox One and PS4 in Europe soon. Be sure to keep an eye out for that.