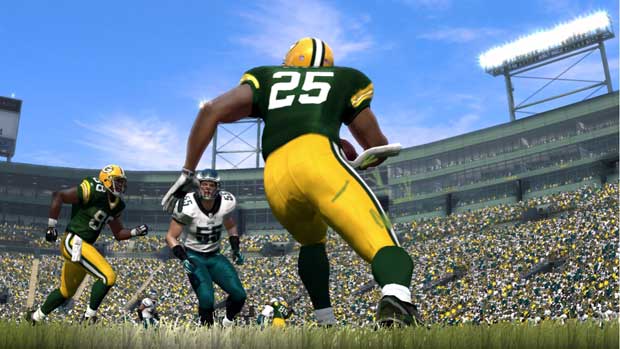 All is good in the world of the NFL.  The labor talks have ceased, and Madden NFL 12 is just around the corner.  Getting ready for the release, EA is pushing out a demo for the next iteration of Madden franchise, Madden NFL 12.  The demo which will be available on Xbox Live and PSN will feature the classic matchup between the Chicago Bears and Green Bay Packers in a 20 minute showdown.

EA noted that the rosters will be getting an update as soon as official team rosters have been released, so any free agent signings or cuts will be reflected in the game before the August 30th launch date.

We’ll see how real Madden NFL 12 is when we play the demo.  I expect to see Jay Cutler coming up lame and then laughing about it on the sidelines, while shattering the hopes and dreams of millions of Chicago fans… If it’s in the game.