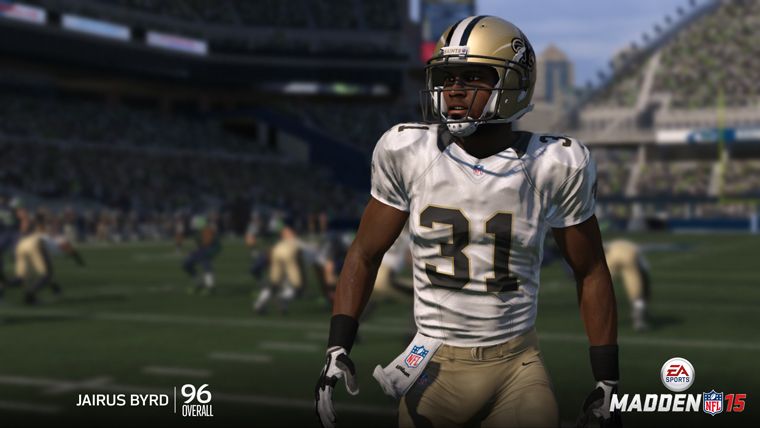 Madden NFL 15 released officially yesterday finally, so a good number of you are already playing the game I’m sure, but we still have a few sets of ratings to show off. We’ve done all of the offense and the front 7 of the defense, so that means it’s time to head to the secondary, which starts with the free safeties.

The free safety position is one that roams all around the field in pass coverage to knock the ball down, intercept, or make a game saving tackle. The top five we have today is very interesting compared to most we’ve shown, as there is a dramatic dropoff from the top four to number five.

New Orleans Saint free safety Jairus Byrd is the top rated free safety in the game by far, with the best zone coverage rating in the game at 99 OVR. He also boasts an 81 at catching, which is typically not a strength of defenders and why they aren’t playing receiver. However, Byrd is a true ballhawk and that’s not just because his name is Byrd.

The number five ranked free safety comes in at only an 86 OVR, so this is definitely one of the weaker overall positions in the game. The full top five can be seen in the gallery above, with analysis from Donny Moore, Madden’s ratings master courtesy of EA Sports as always.