The latest news in the world of video games at Attack of the Fanboy
October 19th, 2014 by Danny Vittore Oh, by the way, if you don’t want to be hit by spoilers on Assassin’s Creed Unity (both speculative and actual), then you best turn away now. 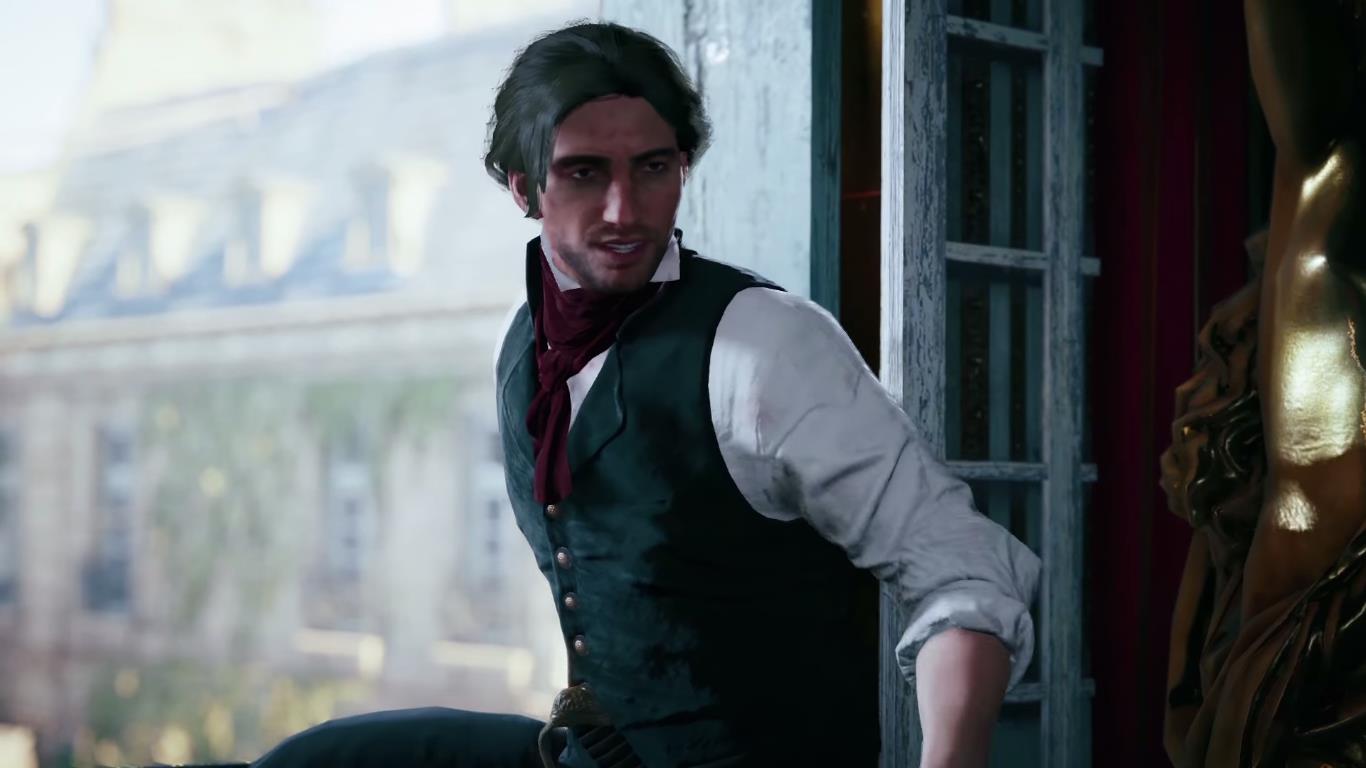 By now, you should be pretty familiar with Arno Dorian, the main (and player-controlled) character of Assassin’s Creed Unity. From what can be gleaned from the many trailers, he will be inducted into the Assassin Order and move up the ranks after finding out that his father was an assassin himself. Grew up with Elise de la Serre after his father dies, after being adopted by Elise’s father. 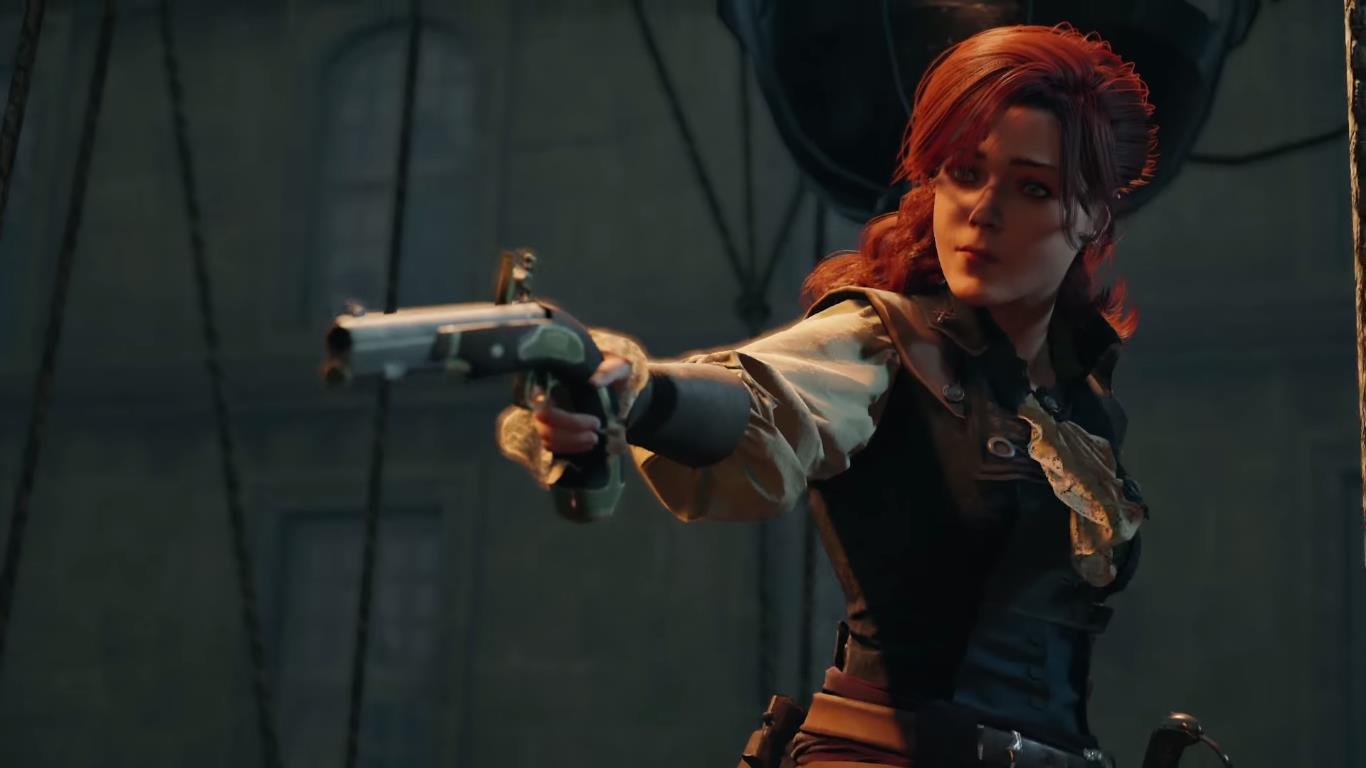 Elise de la Serre is, with a lack of a better term, Arno’s obvious love interest. Much like how Altair had Maria Thorpe and Ezio, it seems Arno will be smitten with this Templar lady. Except that Arno has a good reason for this, they grew up together and were very close. It’s just that Elise’s father was the Grand Master of the Templar Order and was also killed. Now Elise is out for revenge and it will be interesting to see how Arno will balance out his Assassin duties and Elise. 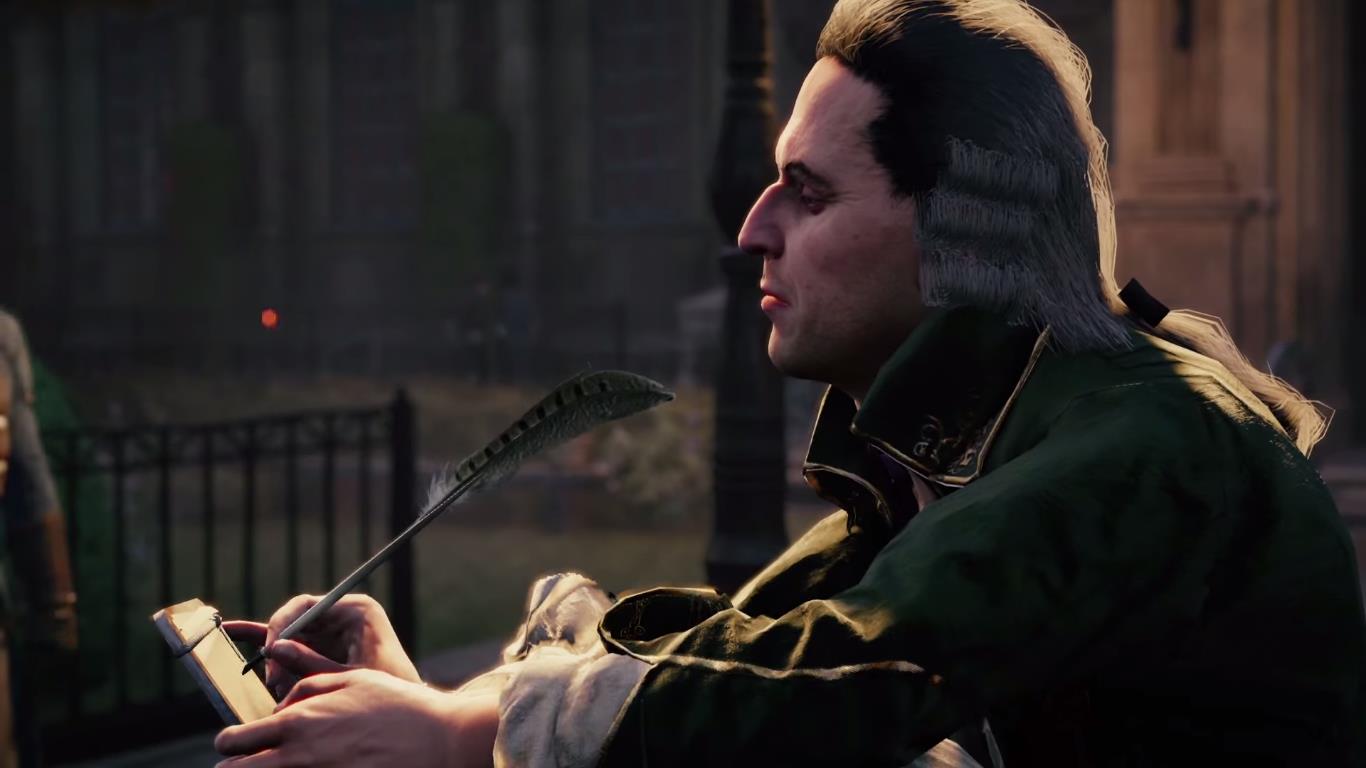 Now, the first of the historical figures that will be in Assassin’s Creed Unity. The Marquis de Sade is described as a savvy individual who knows what’s going on. Historically, he is better known for being one of the few aristocrats who were welcomed in the French Revolution and the new Republic. He was also a prolific writer of erotica and the word sadist is derived from his name of de Sade.

Historically, he spent a lot of time in asylums and jails, which included the Bastille (perhaps a potential for a first meeting with Arno?). He would later be a part of the National Convention (so potentially Arno’s man on the inside perhaps?). In the later years of the French Revolution, de Sade would get on the bad side of Robespierre and be imprisoned for a year and upon Napoleon Bonaparte’s ascension as Emperor of France, de Sade is arrested again at Napoleon’s orders. Suffice to say, if Assassin’s Creed Unity even tries to be historically accurate, de Sade will be at the heart of a lot of debauchery and intrigue. 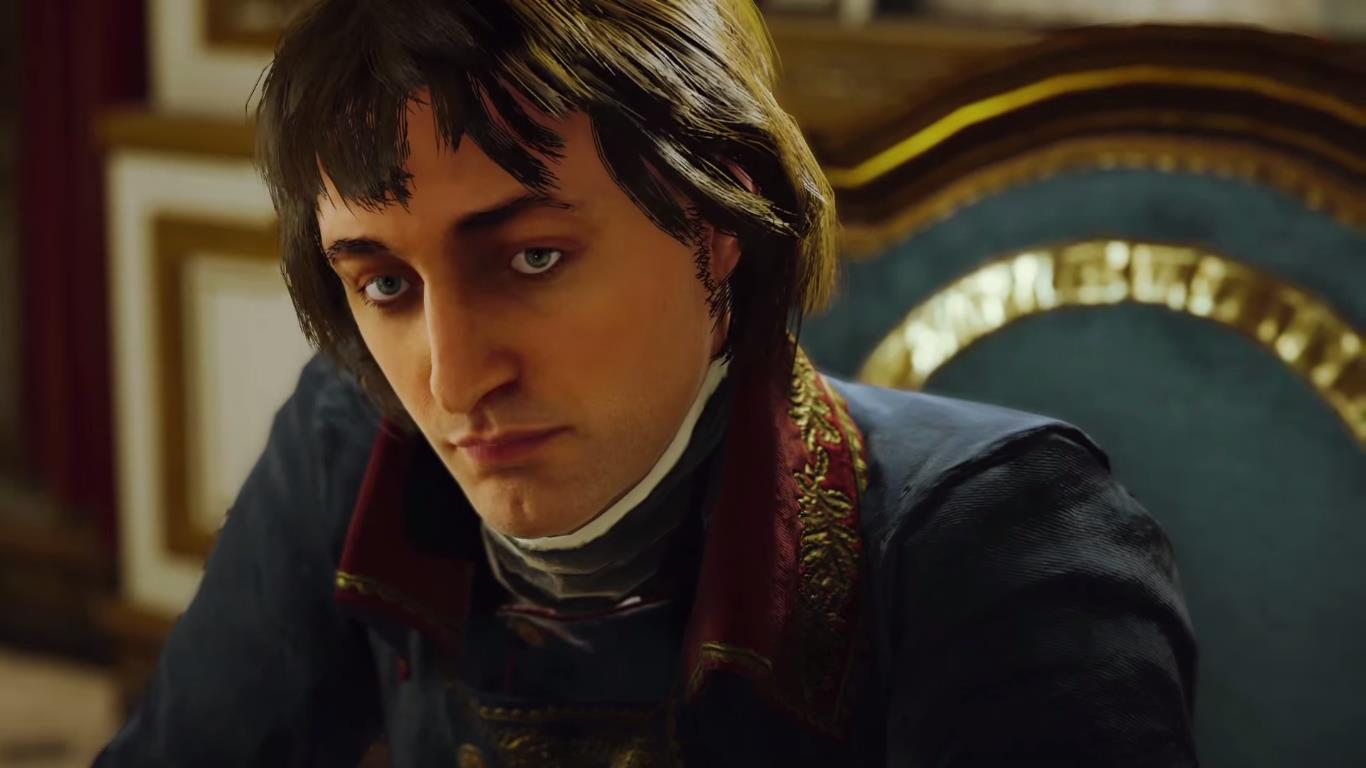 This man needs no introduction. He’s Napoleon Bonaparte, the conqueror of most of Europe, but before his great campaigns and escapades (and famous defeat to a man who lends his name to rubber boots), he was but a lowly lieutenant-colonel in the French artillery corps. Undoubtedly, Napoleon would take advantage of the revolution to help him rise through the ranks.

It is unknown how far the story of Assassin’s Creed Unity will go, but as Napoleon ascends to the top of France, previous Assassin’s Creeds games have attributed his successes to an Apple of Eden (a piece of Eden, one of the many plot devices that helps to tie all the games together) and it will be interesting to see if this is what ties Arno to Napoleon and if Napoleon’s thirst for power will put him at odds with Arno. 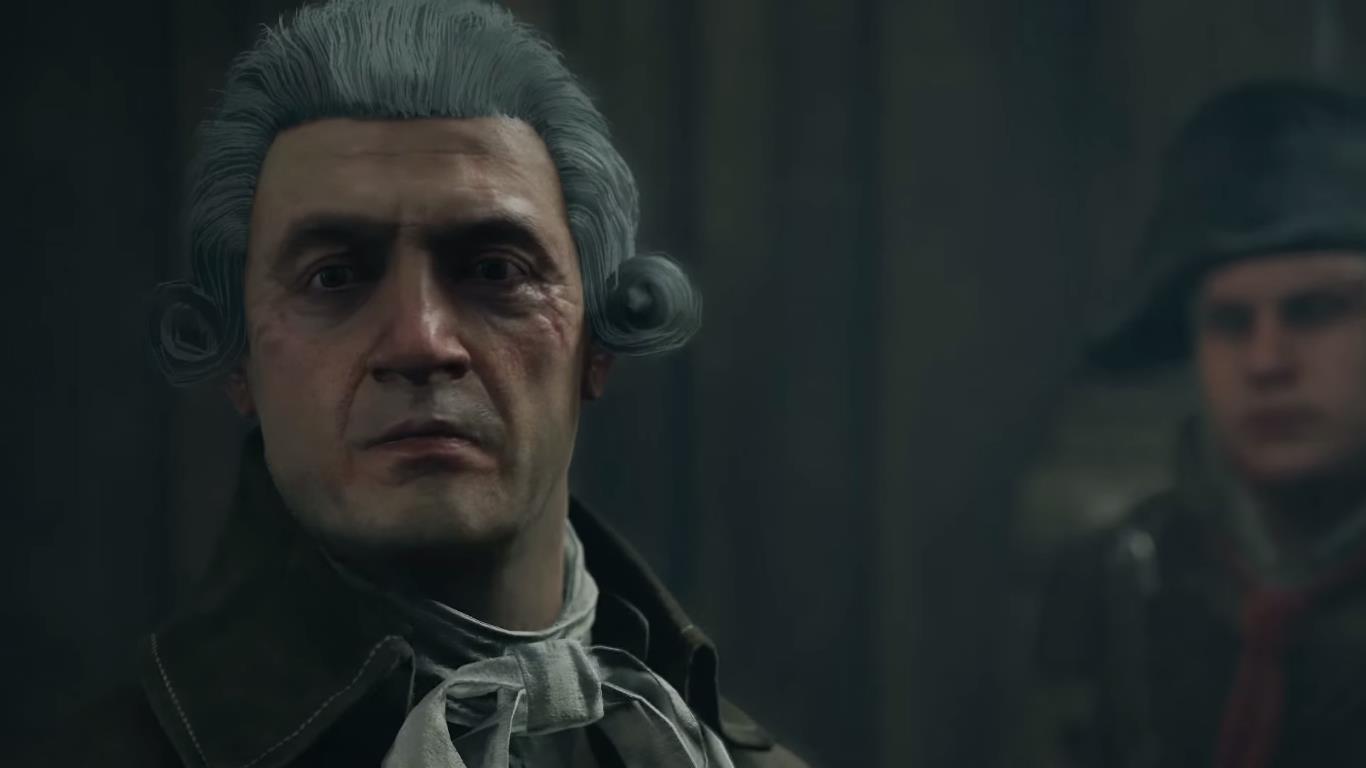 Maximilien Robespierre was one of the better known and more influential members of the French Revolution, particularly during the bloody period known as the “Reign of Terror.” Although historically someone who advocated for a lot of things that we take for granted now such as the abolition of slavery, equality of rights and universal (male, because this is still the 18th century we are talking about) suffrage, he appears to have been mad with power in his last years which culminated in him eventually being arrested and executed for his crimes.

Doesn’t Robespierre just scream assassination target? His involvement and leadership of the Terror will naturally put him at odds with Arno and the Assassins, but it will be interesting to see how Ubisoft will mix and mash all these characters from history into a story that fits their universe.

Assassin’s Creed Unity will be released on the 11th of November for PS4, Xbox One, and PC.

What do you think of the range of historical figures in Assassin’s Creed Unity? Let us know in the comments below!