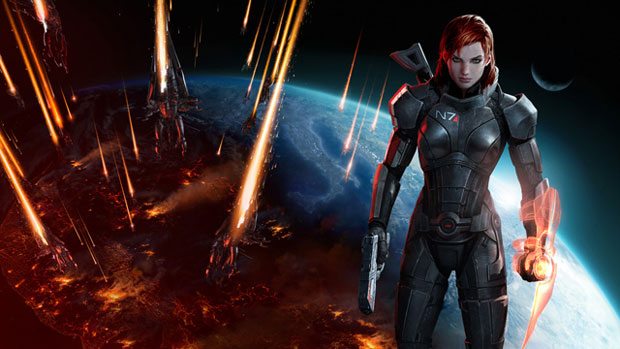 After the successful launch of Mass Effect 2 on the PlayStation Network, Bioware and Sony have decided to launch the third game digitally on the network as well.  If you’re purchasing Mass Effect 3 for the PS3 and choose to go the digital route, Bioware is handing out exclusive DLC for your patronage.  You’ll snag an M55 Argus Rifle to be used in-game, as well as two exclusive PS3 themes of BroShep & FemShep.

“The M55 Argus Rifle is a high-powered rifle and an excellent close-range weapon.  Its bursts of fire ensure ammunition conservation during lengthy conflicts.  Law-enforcement agencies across the Mass Effect galaxy are adopting the Argus as their standard rifle, as much for its intimidation factor as its suppression power.

As Bioware gears up to launch the game on March 6th, they’ve released a startling cinematic trailer that shows the Reaper invasion of Earth.