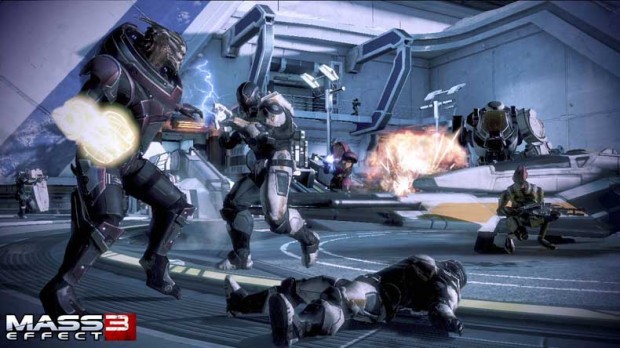 Now that Bioware has confirmed that Mass Effect 3 will include multiplayer, the tough questions can begin.  Like, are they planning to include DLC in the package.  That answer is yes.  Bioware has plans to offer single player and multiplayer DLC for Mass Effect 3 post-launch.

Aaryn Flynn confirmed the news in a recent interview:

“We’re working out the exact plans right now, but there will be DLC for both single player and multiplayer campaigns.”

So what you can expect out of Bioware is unknown at this point, but rest assured, they will be there to give you all the Mass Effect 3 your little heart desires come March ’12.