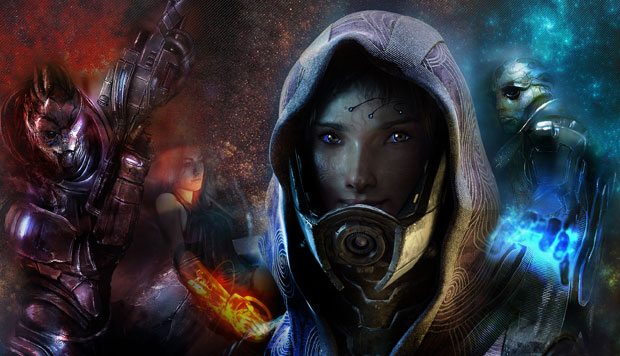 While Bioware has made it clear that Mass Effect 3 will not be the last game we see from the Mass Effect Universe, fans have begun to wonder what exactly a next game could bring.  With Bioware recently diving head first into the AAA MMO game, could a Massively Multiplayer Mass Effect game be in the cards for the developer?

In a recent interview Bioware was asked this specifically, and while they didn’t confirm nor deny the possibility, they did think the suggestion was at least interesting.  Via Penny Arcade, Dr. Greg Zeschuk explained that will it wouldn’t be easy, there’s a lot of potential for a possible Mass Effect MMO project.

“Now that we learned that MMOs are really easy to make, and simple to run after the fact, we’re on it,” Zeschuk told the reporters.  “It’s daunting, but the neat thing is a Mass Effect MMO would lend itself to a different type of game play.  It’s fun to think about.  I imagine people think it would be just like Mass Effect as it is…but there’s lots of people there… It’s a tough one.”