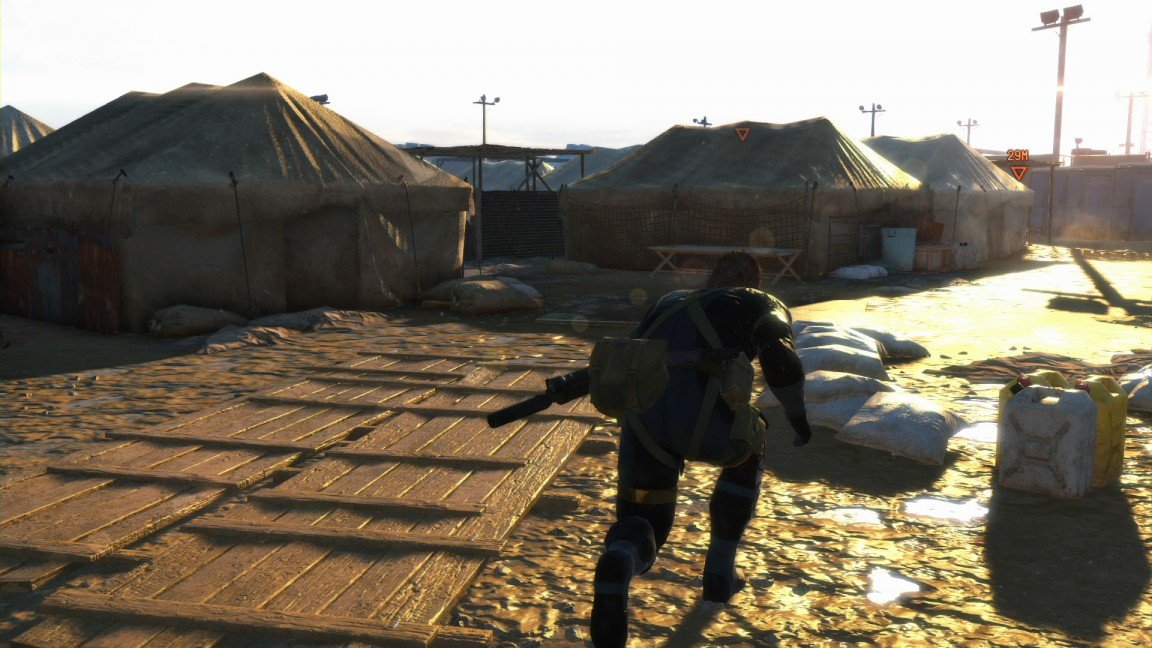 Kojima Productions revealed a little bit more about Metal Gear Solid V: Ground Zeroes at Tokyo Game Show. In a trailer that highlighted the daytime lighting effects for the Fox Engine, Kojima showed off some never before seen footage for the game.

Konami has also released a batch of new screenshots for the game, once again showing off the day time lighting effects for the game. There’s no doubt that Metal Gear Solid Ground Zeroes is looking nice, ahead of its scheduled 2014 release across all platforms.

Tokyo Game Show revealed footage from the Xbox One and Playstation 4 version of the game, where MGS V will run at 60FPS.